The 130/80-17 MEZ2 stock Metzeler rear tire I put on my 2008 Bonneville about a year and a half ago was showing signs of serious wear in the center. It had a very distinctive flat spot and I was noticing some slipping during turns. 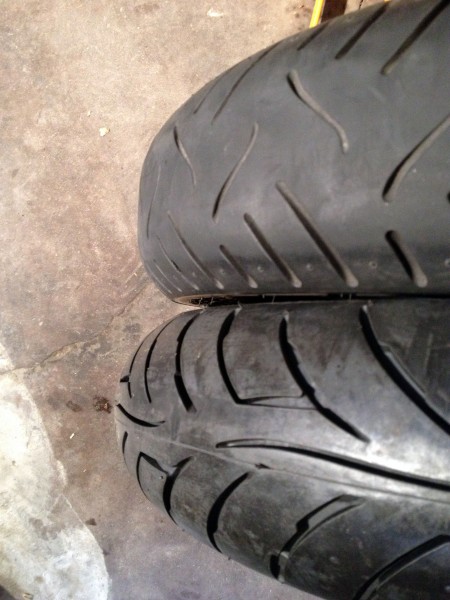 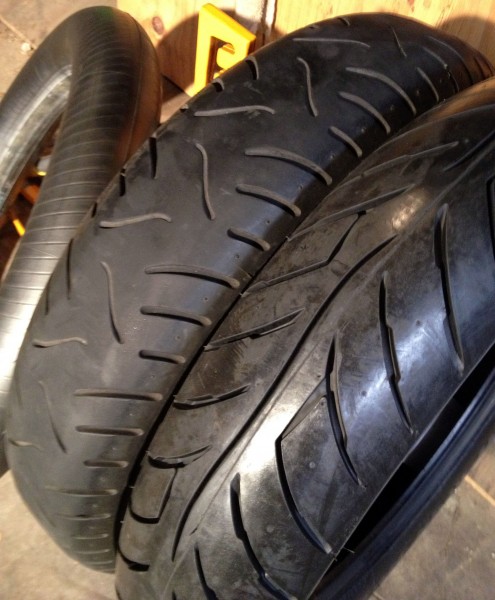 You can see the difference in size that the new Avon is compared the the stock size. However, I had read many Bonneville owners say that the size change either did not affect or improved handling and performance.

I began the tire change process by jacking my Bonneville up on my jack and putting a floor jack under the rear tire. I removed the left side Predator muffler so I could remove the axle shaft bolt. 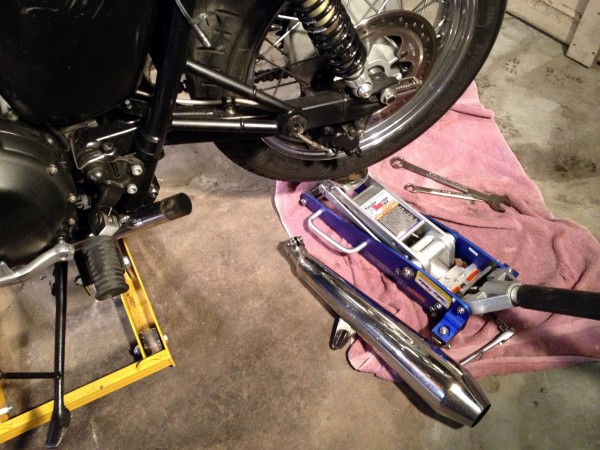 Once the wheel was free, I lowered it with the floor jack until I could easily remove the disc caliper on the left side, and the chain on the right side. I then wired the disc caliper up to the frame to take pressure off of the brake line. 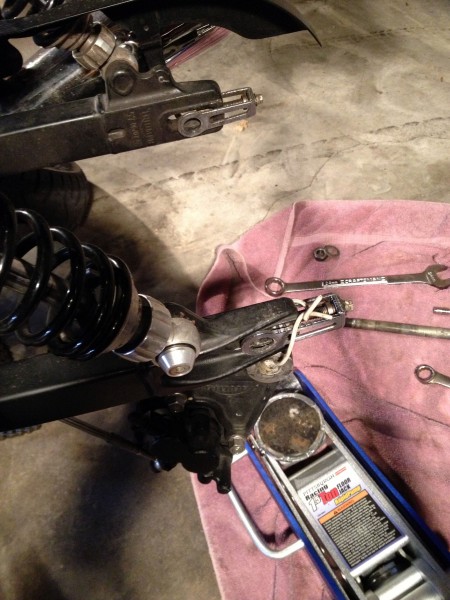 Next I removed the bushings and sprocket carrier from the wheel and set them aside. I used a bead breaker tool I had purchased at Harbor Freight Tools to break the tire bead from the rim. 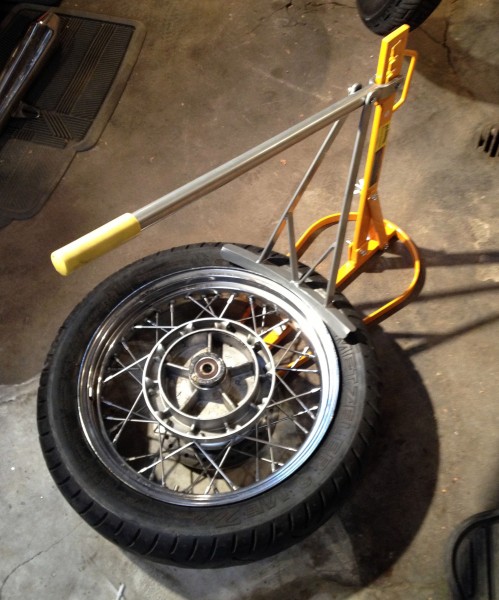 Once the beads were broken and the tire was free on the rim, I used a set of tire spoons to pry one side of the tire off of the rim. 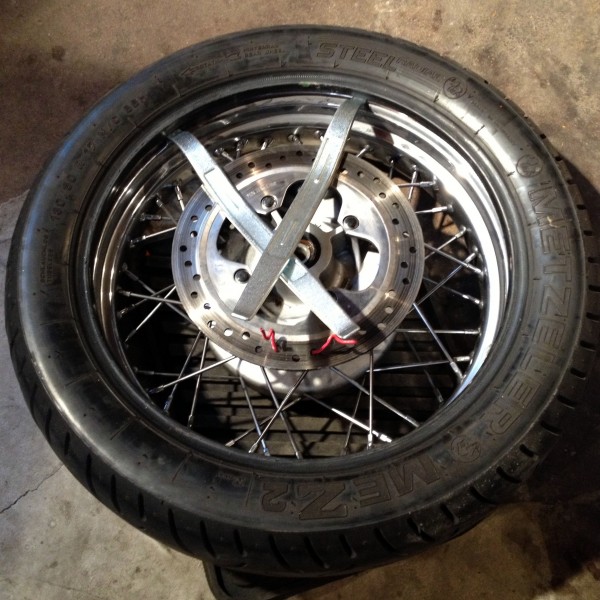 With one side off the rim, I then removed the inner tube. 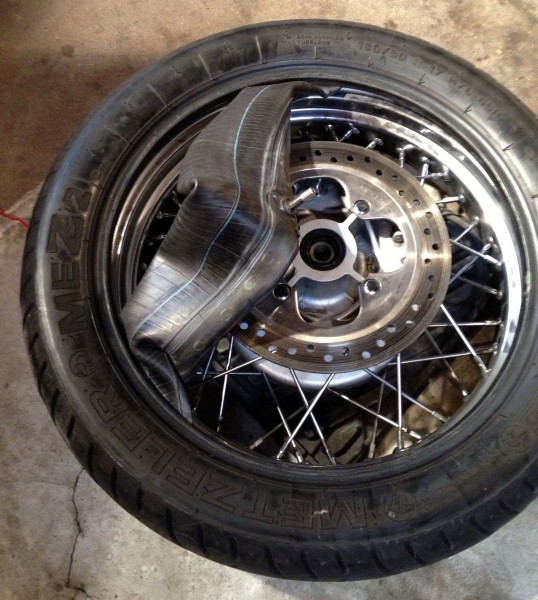 I pumped up the old inner tube to make sure that it was still good and would hold air. It was good, so I plan to keep it as a spare. 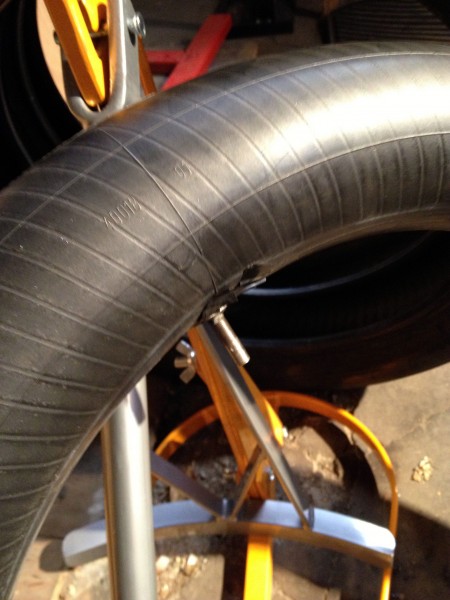 Next I worked the other side of the tire off the rim using the same tire spoons. 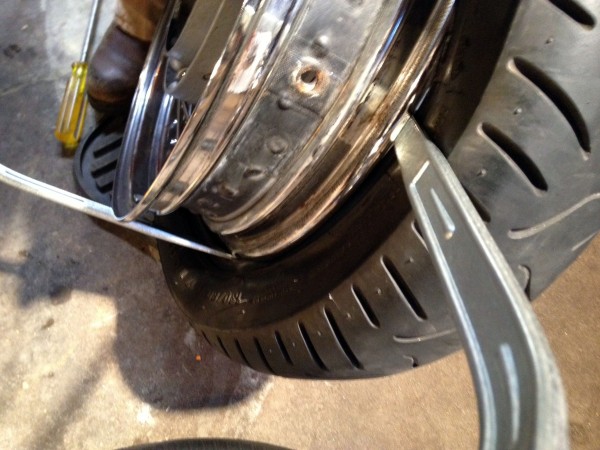 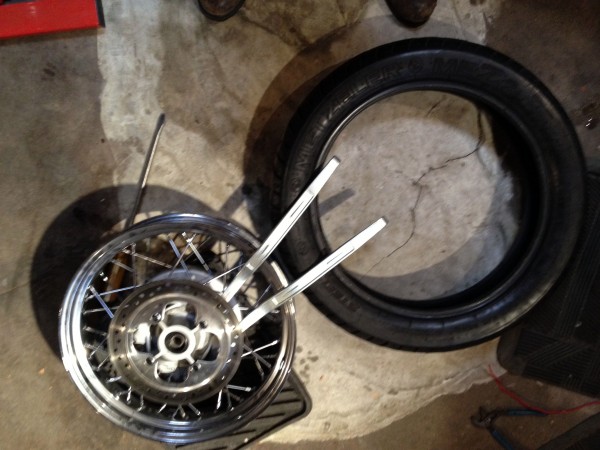 Next I determined the direction of rotation as stamped on the tire sidewall and made sure it aligned with the wheel correctly. 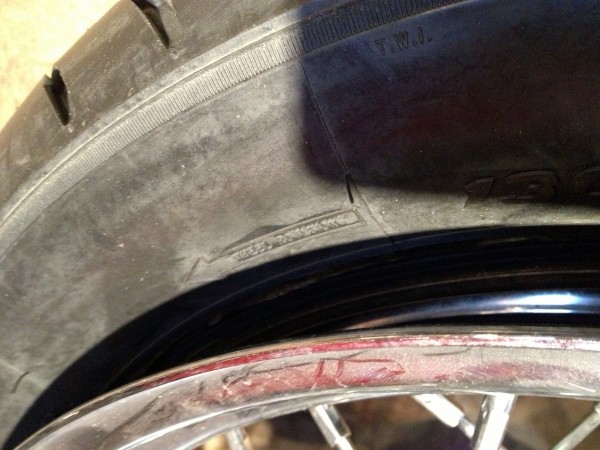 Again I used the spoons to work one side of the new tire onto the rim. Once on, I then get the new Michelin inner tube out and removed the cap, nuts and rings from the valve stem. 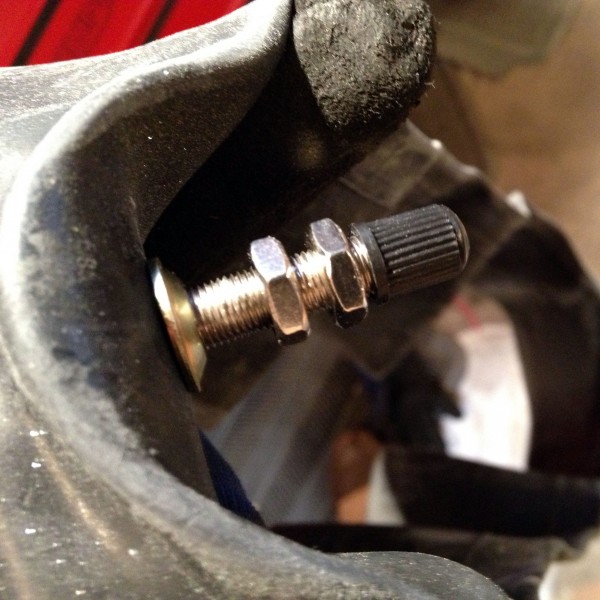 This is important because if you don’t remove these items, the valve stem will tend to collect moisture at the base and eventually rust away and cause a flat tire due to valve stem failure. I know because I had this happen to me! 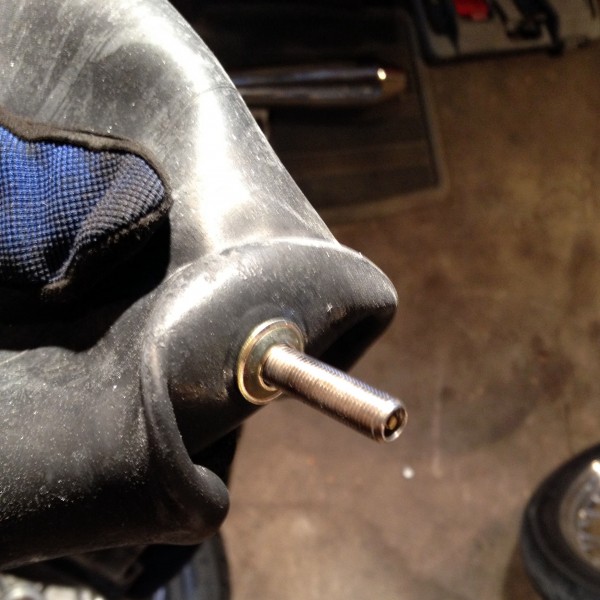 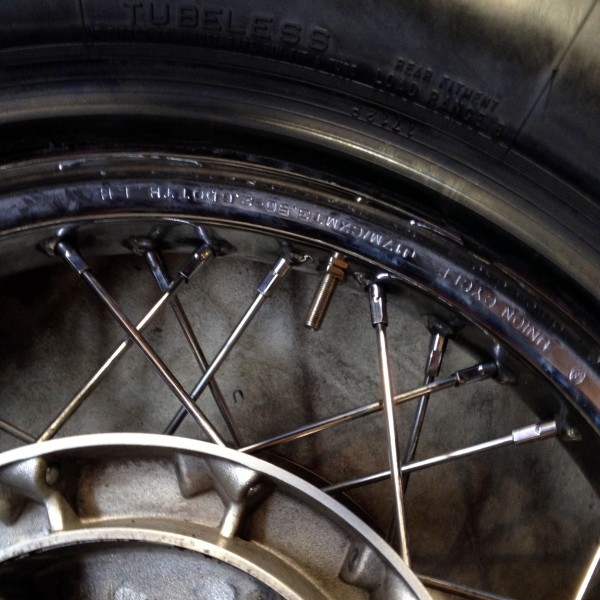 I used the spoons to leverage the final side of the tire onto the rim. I had to pump the tire up to about 50 lbs. until I heard the final “pop” sound caused by the tire fitting snugly in place all away around the rim. I then deflated it to 40 lbs.

Then I followed the static tire balancing process that I wrote and described in a former blog post.

Finally, I cleaned the wheel, tire and rear frame, put some fresh wheel grease on the bushings, bearings and shaft, before remounting the tire/wheel assembly back on the Bonneville.

Once I had checked everything over, to make sure I hadn’t missed something, I took the Bonneville for a test ride. I am happy to report that everything went well and the new Avon Roadrider rear tire is performing better than the original Metzeler! 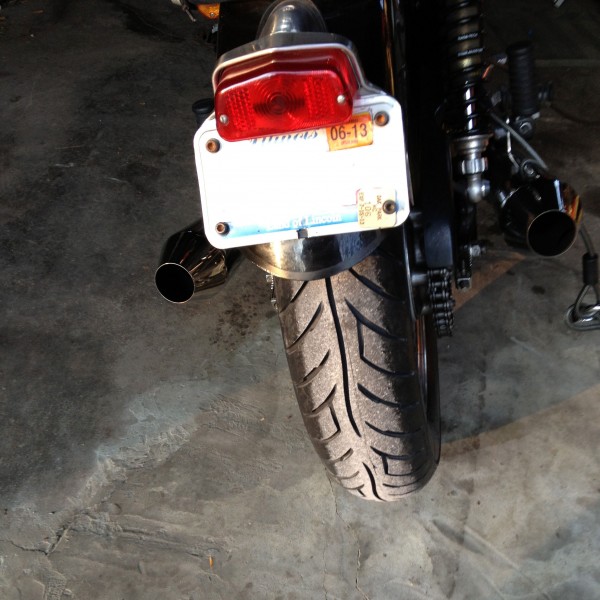 Finally, here is a promo photo supplied by Avon Motorcycle Tyres of North America showing the Avon Roadrider on a Triumph Thruxton. 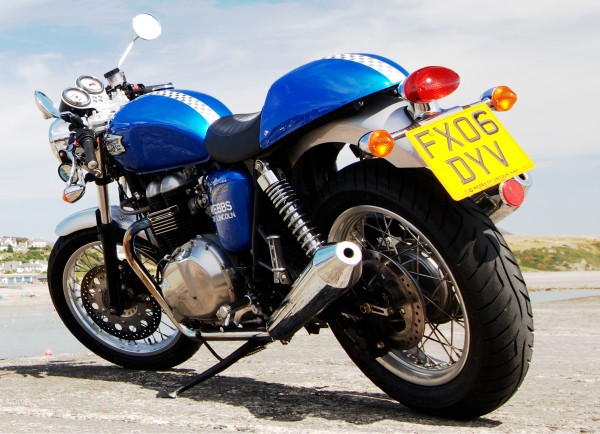