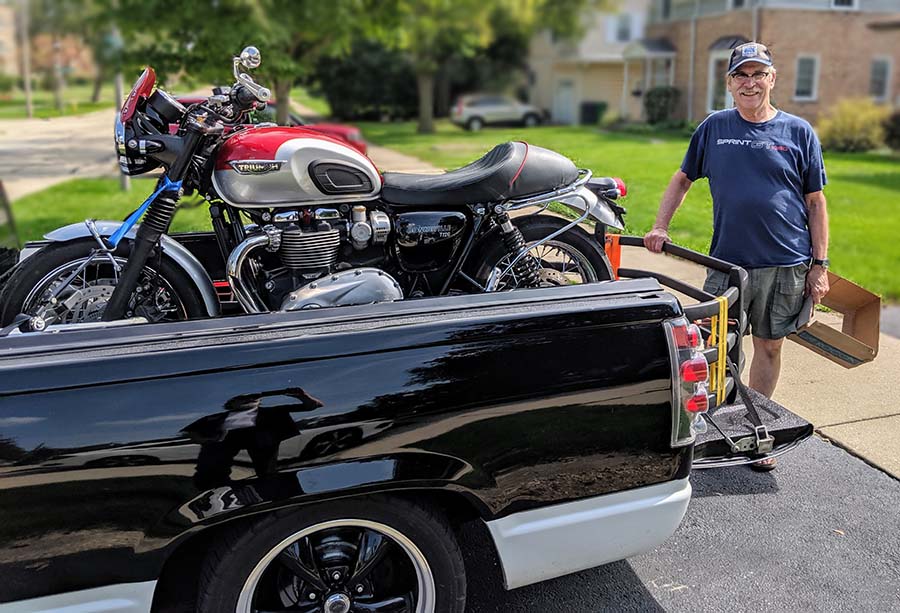 I purchased this Bonneville from it’s first owner, my friend and fellow riding buddy, David Ringgenberg. 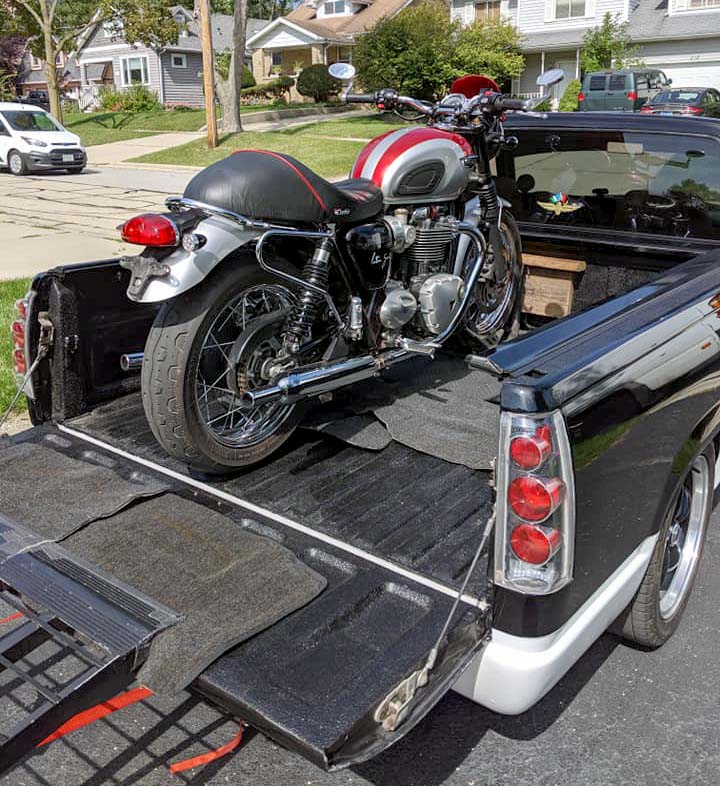 Exactly 2 years since my divorce, I found myself in Lombard, Illinois, purchasing and picking up my first liquid-cooled Triumph Bonneville T-120! I knew this bike from it’s beginnings as it was first owned by my friend, David… the defacto leader of the Windy City RATs.

In the 3 years that David owned this bike, he put on over 16,000 miles and had made a number of upgrades and modifications:

He had obviously taken good care of it and it had never been dropped. The trip home went smoothly and within a few days I had a new Wisconsin title and plates!

When I purchased this bike, I was not real clear on what I wanted to do to it. But, as I rode it the first few weeks, a vision of where I wanted to go with it emerged. I knew I wanted:

I also discovered that the original chain is probably stretched creating some “snatchyness” and there is some small play in the headstock bearings. So, I’ve ordered a new Gold DID chain, and am switching the rear sprocket from 37 teeth to 39 teeth to increase low-end torque. I’ll either adjust or replace the front head bearings over the winter.

What I’ve Done So Far

So, in the last days of September into October, I have begun to make some modifications.

So, the Bonneville T-120 is heading in the general direction of my vision for it. It’s more of a cafe racer look and style with increased performance and a more aggressive sound and stripped-down look.

Some additional things I have completed more recently on 2020:

What’s the story on calling this T-120 the “Peter Egan Special”? 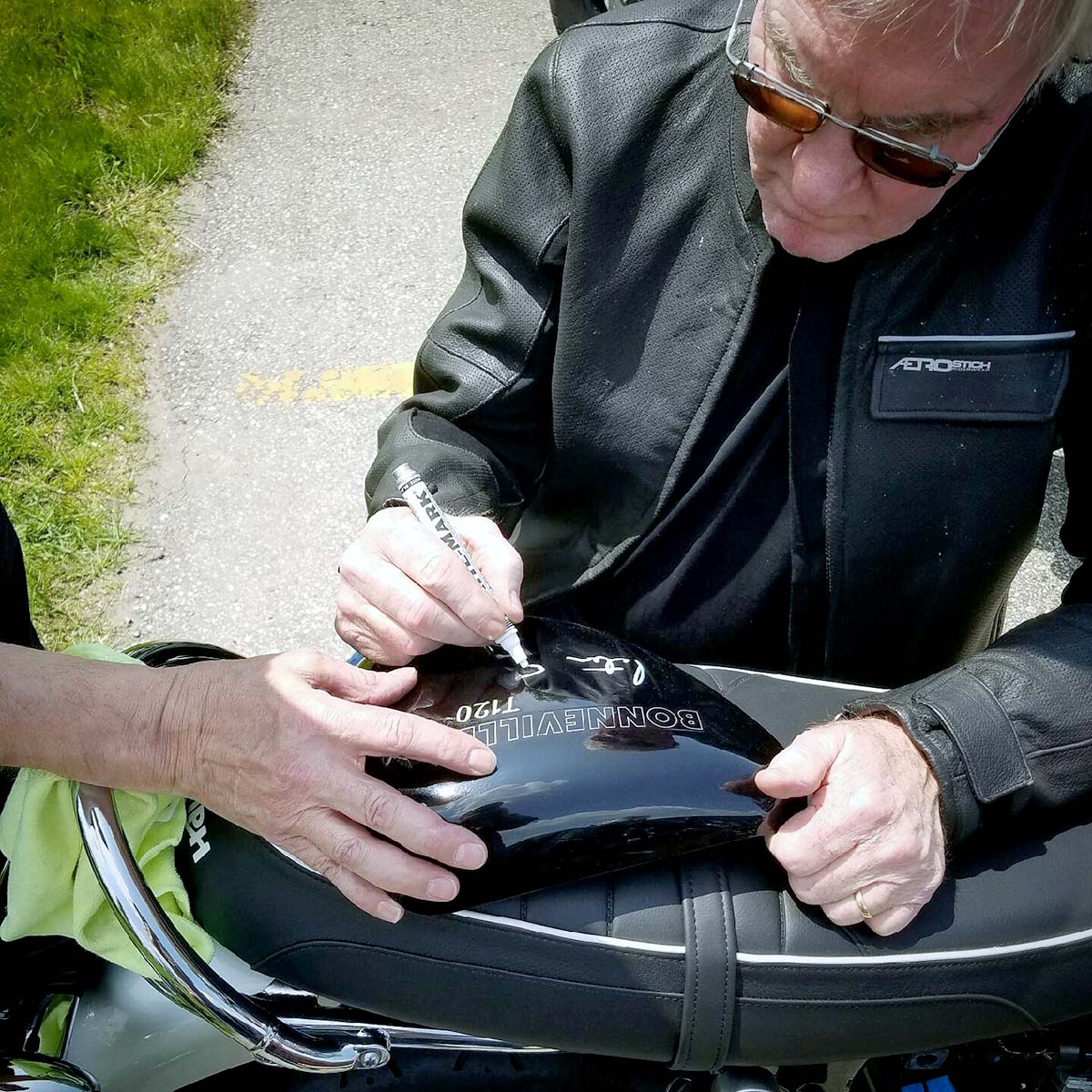 Peter Egan signing the right side cover – circa Summer 2016

David was at a Team Triumph event in Janesville, WI with his new 2016 Bonneville T-120 – one of the first ones to be seen here in the midwest. Peter Egan was also in attendance and expressed interest in David’s new machine!

David made him an offer… “You can take it for a test ride/spin if you sign my side cover!”

Peter liked that offer, took David’s T-120 on a ride and returned with a grin on his face! You can see in the photos that he made good on his end of the deal!

It is reported that Peter ordered and took delivery of an identical 2016 Bonneville T-120 in the weeks and months following this event.

Unless Peter has signed another Bonneville T-120 side cover, this is the only “Peter Egan Special” known to mankind!

That’s my story and I’m stickin’ to it! 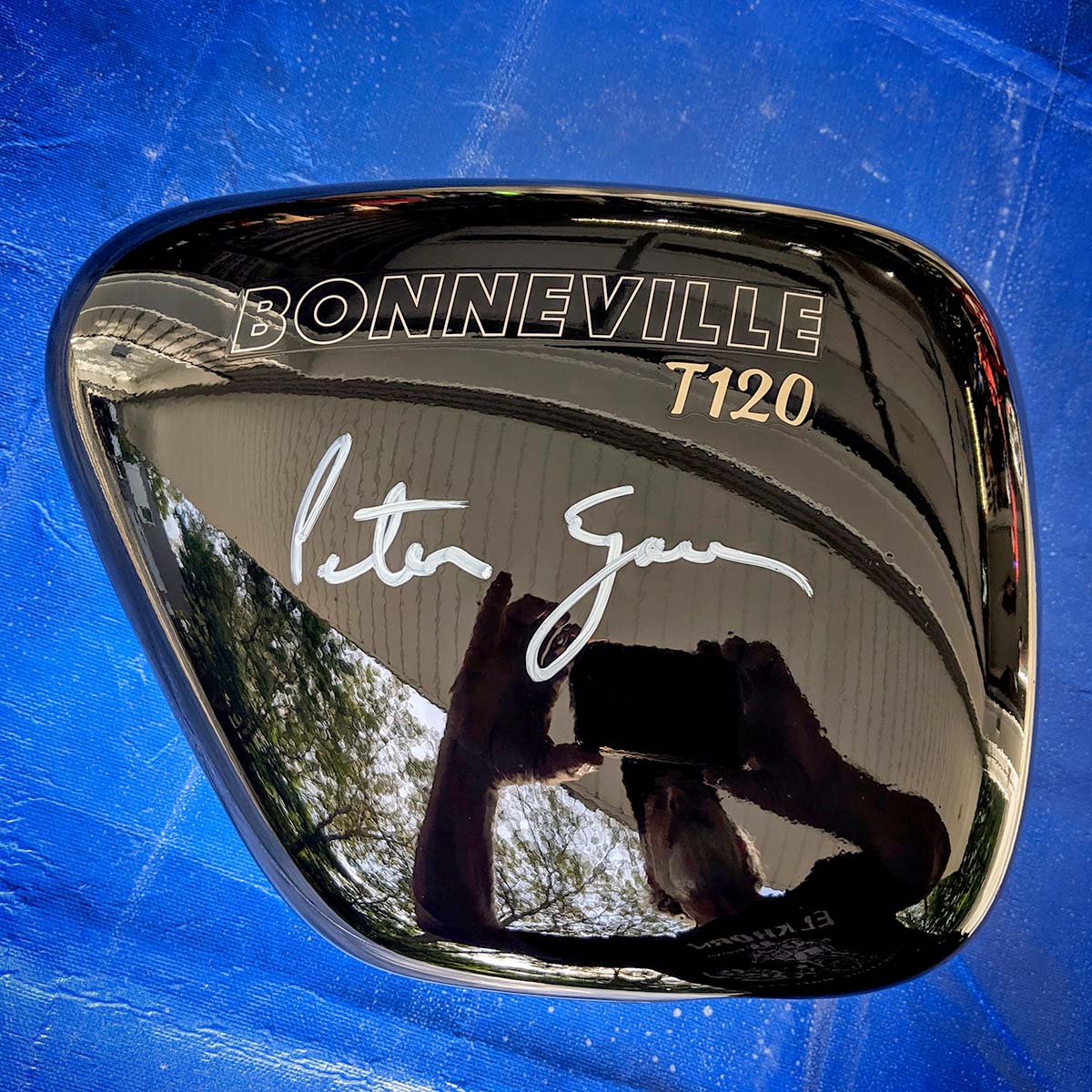 The right side cover with a fresh clearcoat for protection