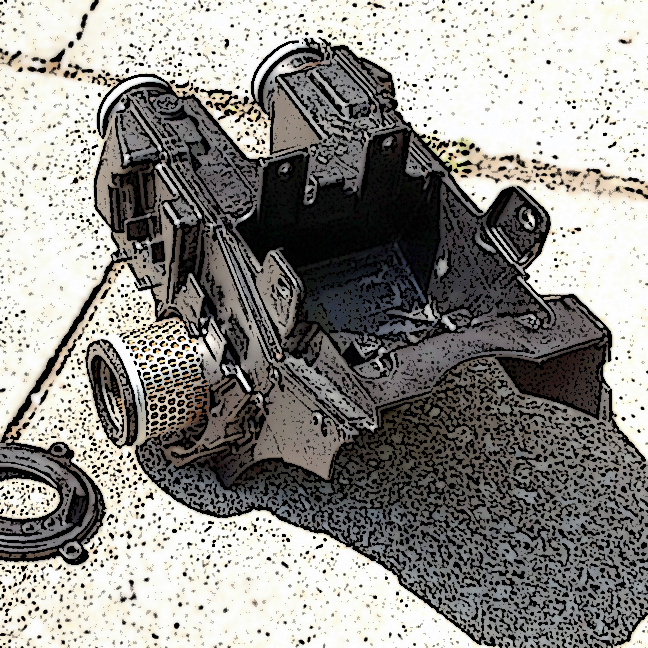 Regular followers of this blog know that I have already written about replacing the airbox on a standard 2008 Triumph Bonneville using the British Customs Airbox Removal Kit ($295 with filters and brace, $189.95 with just the battery box). Now that I have added a 2012 Thruxton to my garage, I decided to see what would be involved in modifying the stock airbox to accommodate EFI throttle body pod style air filters for a more direct air-flow intake, and to save the expense of a new BC battery box.

I started the process by removing the stock plastic airbox from the Thruxton. This requires removal of the seat, rear wheel and fender, battery, and disconnecting a number of electrical items attached to the airbox, and loosening the 2 clamps attached to the throttle bodies. You also need to disconnect the ambient air temp sensor.

The stock airbox also serves as the battery box and has a number of mounts on it for electrical system components. The goal here is to cut away all the plastic that was not needed except to serve these 2 functions. 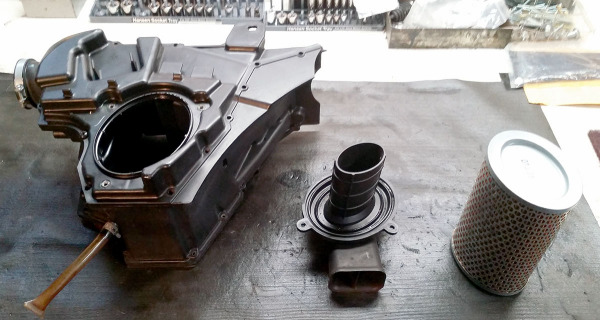 After the airbox was removed, I removed the air intake snorkel and air filter.

The airbox has three main sections. The side panels are removed with a number of phillips head screws. Once apart, there is a plastic baffle inside and the 2 intake ports that can be easily removed and discarded.

The final cutting work is done on just the center section and the 2 side panels. 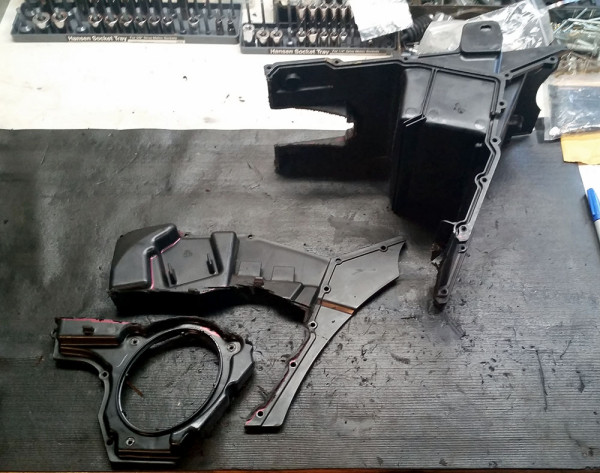 The process of marking and cutting away unnecessary parts of left (snorkel) side of the airbox. 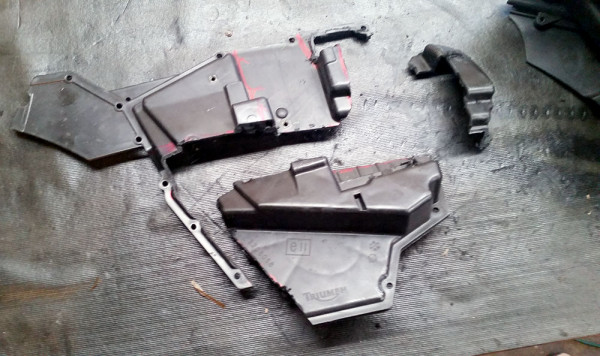 Showing areas of the right side being cut away. 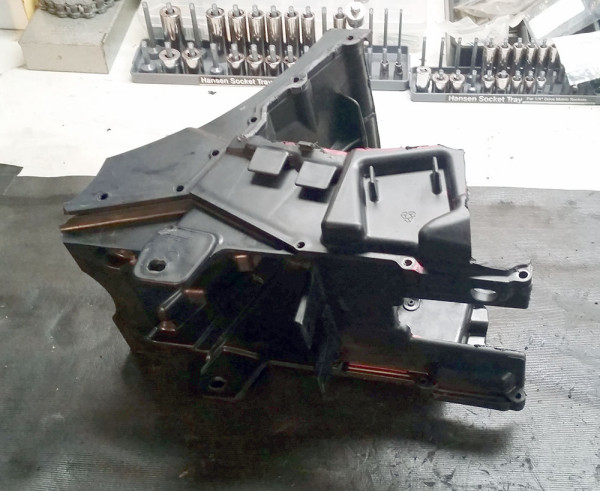 Putting the box together temporarily to test fit on the Thruxton. 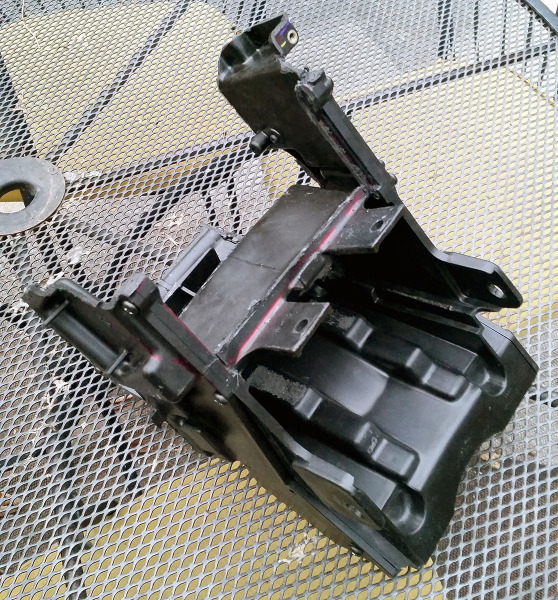 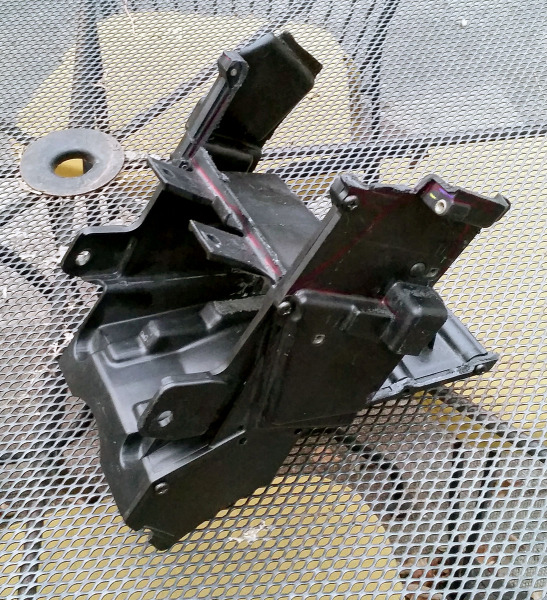 Another view from the opposite side of the cutaway airbox. 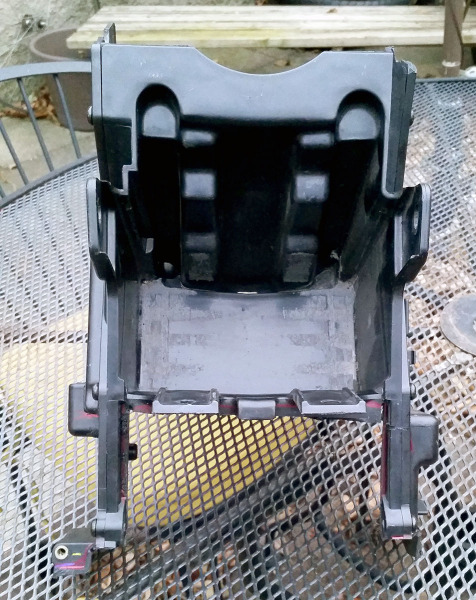 Top view of airbox with major sections removed. The battery compartment is shown with the section toward the bottom facing toward the front of the motorcycle.

The modified airbox (now just a battery box) went back in the Thruxton without any trouble. I upgraded the battery to an EarthX Lithium (EXT18B) in the process.

I was able to mount 2 UNI pod filters on the throttle bodies, as well as all the electrical components. I installed a UNI breather filter on the end of the stock breather tube. 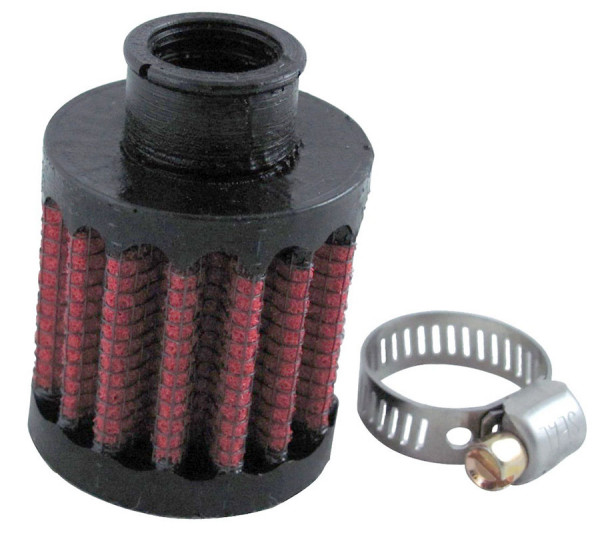 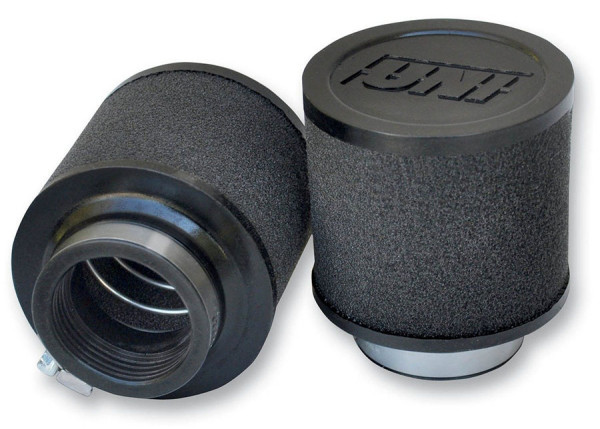 The side covers go back on just fine, and without close inspection, you can’t tell that any modifications have been made.

I would have to say that this is an easy way to increase performance on a lower budget. I spent a few hours doing this work using hand tools and a 3″ power cut off tool. The final result may not look quite as clean as a nice shiny new black battery box (when you remove the side covers), but you can’t beat the price!

I’ve added a couple more shots of the final chopped airbox before putting it back on the Thruxton. 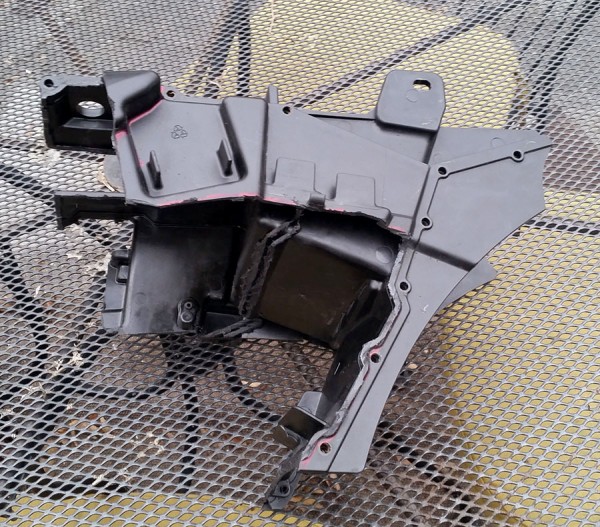 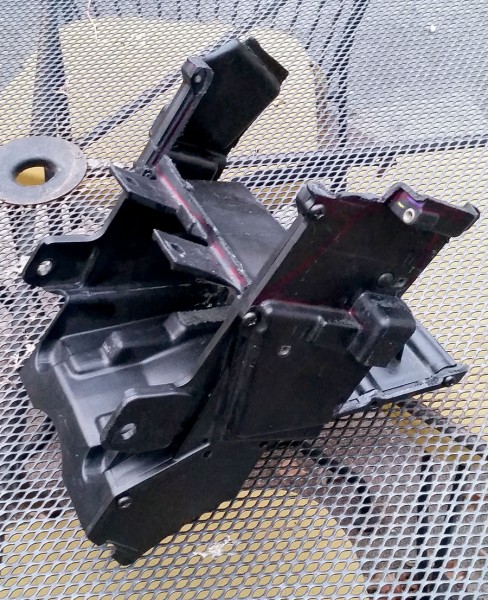