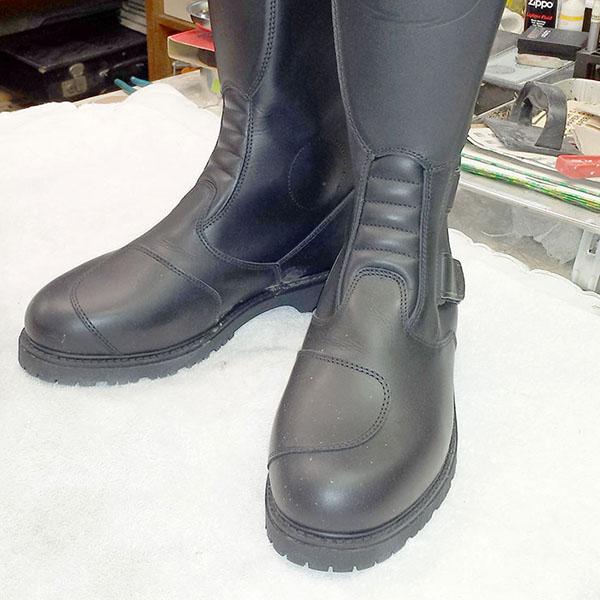 You may have read my previous blog post regarding an accident I had on November 19, 2013 which resulted in a broken ankle and some damage to my 2008 Bonneville. In that post I mentioned the role of my gear, including my Alpinestars riding boots.

Because of my injury (and age = 60), I’ve become much more concerned about riding with high quality riding gear, and protecting my legs, ankles and feet, especially after reading about this topic on Ride Apart.

In the accident damages settlement with Progressive, my insurance company, I received some money to replace my Alpinestars riding boots because they were pretty scuffed up from the accident. Incredibly, they were the only part of my riding gear that showed visible damage.

I recently decided to replace them with a pair of Sidi On Road Gore-Tex Motorcycle Boots, ordered from Bike Bandit. They are waterproof, higher than the Alpinestars, more armored and protective of feet, ankle and lower legs, and the soles have a better grip pattern. 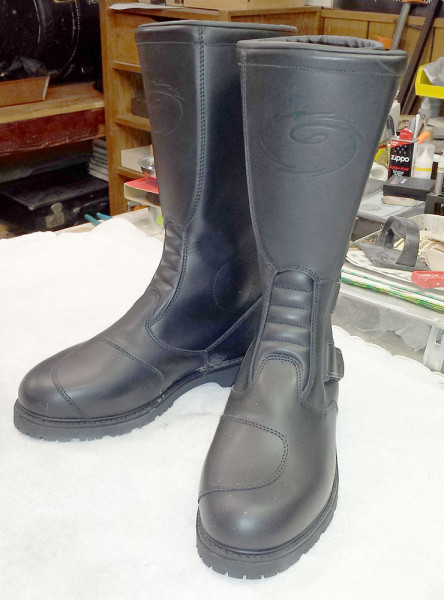 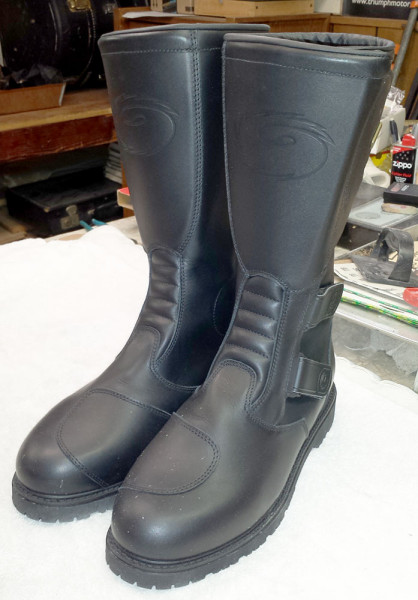 I like that they are nice enough looking that I could wear them in the office under my jeans or business casual slacks. I’ve had them on around the house and even walking outside a bit and they are very comfortable, even with my left ankle which is doing better, but still has some healing to do.

By the way, I have been out of a cast and walking boot and in regular shoes and boots now for several weeks, doing physical therapy 3 times a week. My PT is very encouraged by my progress. I see no reason why I won’t be able to get back on the Bonneville this spring!

Now that I’ve used these boots for almost a full year, I’d have to say I am very pleased with their overall performance. I just ran across this well written and thoughtful review on RoadRunner.com by David Burbach that I would have to agree with.