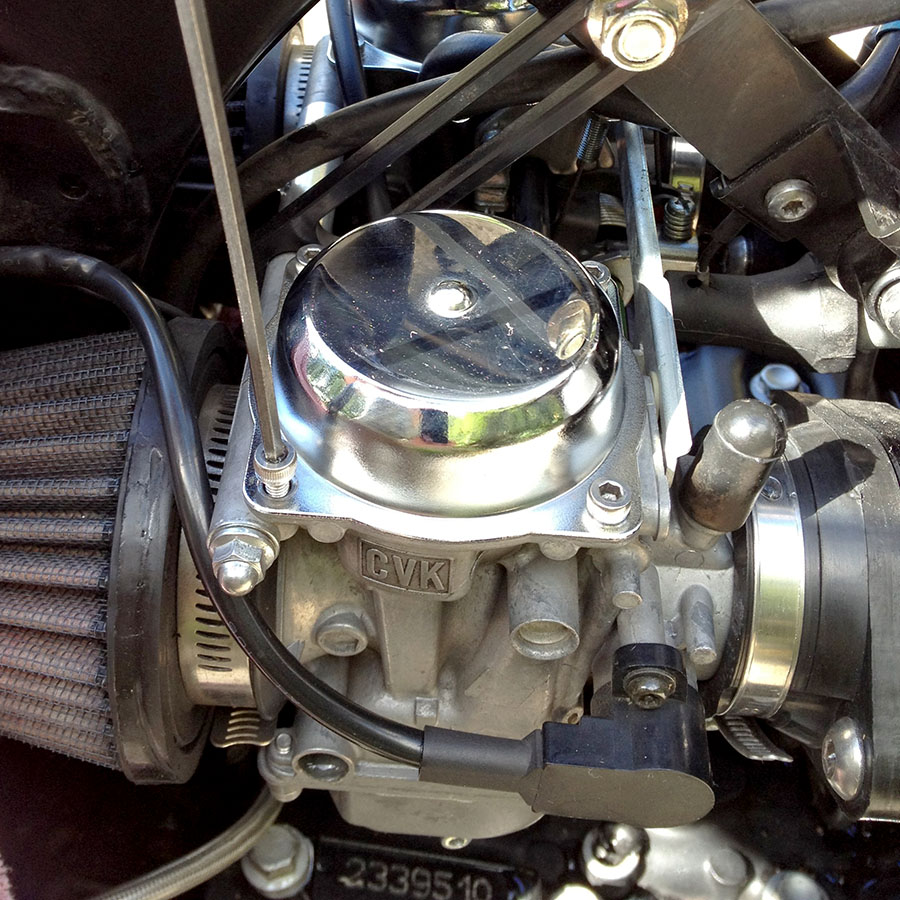 Jenks’ Bolts, a motorcycle accessories business in the UK has published the best document on Keihin carburetor tuning for the 790-865cc Hinckley twin Triumphs that I have found to date. In previous posts, I have mentioned this document and my experiences with it.

This past weekend, I experimented again with the carb tuning recommendations in the document related to my 2008 Triumph Bonneville.

The relevant basic setup on my 2008 Bonnie with the stock 865CC engine and Keihin CVK40 carbs:

Before this weekend, my Keihin CVK 40 carb settings were:

The changes I made were based on the chart on Page 10 of the document:

I would have to say that I noticed very little difference in the low RPM range. However, I am experiencing some power loss or hesitation in the upper RPM range which needs to be addressed. On page 9 of the document in the section “1. The Best Main Jet” it says: “To get the best, most even top end power (full throttle from 4000 to 5000 rpm), select main jets that produce the highest top speed and pull strongly at high revs.” Based upon this, I will probably put the 145 jets back in and see how they perform. I may also need to try an additional shim based upon the results of the 145’s.

I have replaced the 140 main jets with 145’s and noticed an improvement in performance. My current setup is:

As colder weather has arrived in Chicago, I’ve realized that my setup was still not the best. I had idle problems, and I started losing power at about 4000 rpm. So, I made the following changes and this seems to be working well for me.

I do have the Dynojet Stage 1 kit that I purchased from NewBonneville. However, when reading the instructions I realized that the Stage 1 kit is not intended for Bonnie’s with the airbox removed. The jets that come with the kit are not large enough. I contacted Dynojet about this and they told me they do not make Stage 2 and 3 kits for the Bonnie. However, Michael Cory did say that: “You can use the Stage 1 jet kit with the Keihin 140 main jet.”

I plan to try this option out in the future and will write a blog post about my experience.