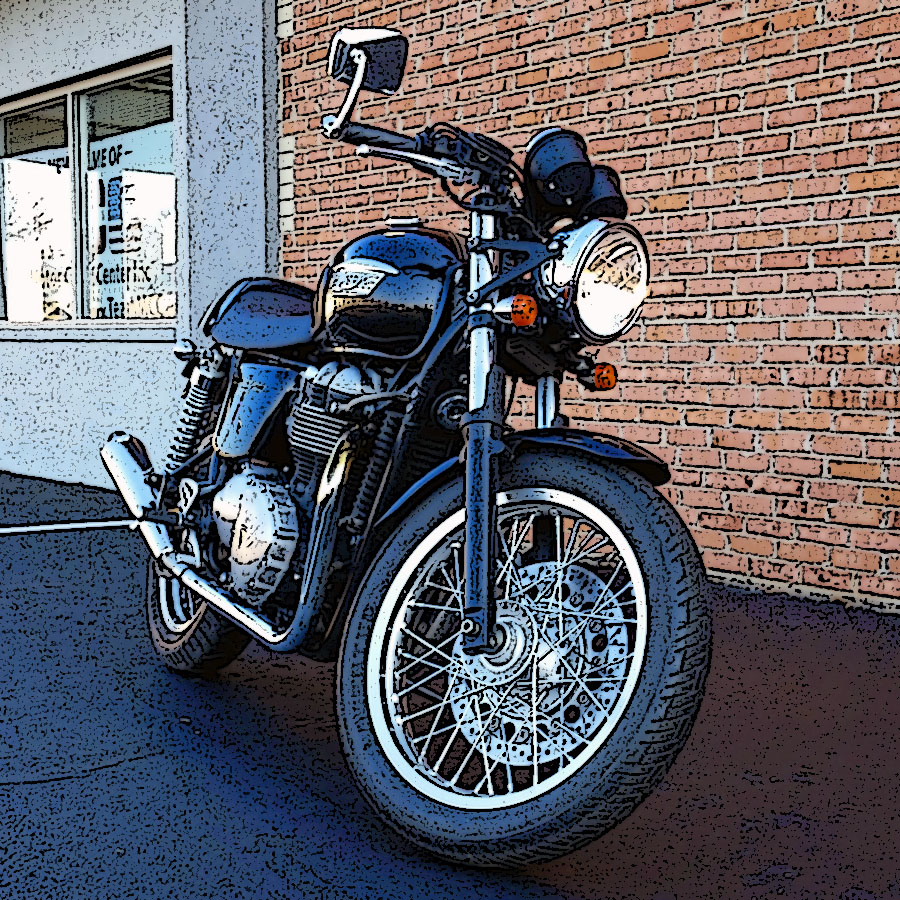 Well, I’ve gone and done it again… purchased another Bonneville! This time it is a 2012 Triumph Thruxton, black with gold trim, that I found for sale on Chicago CraigsList. The original owner, Bill had purchased it new from Motor Cycle Center in 2012, put on exactly 137 miles, then recently posted it on CraigsList as he decided his riding days were over. Thankfully, I was the first to respond, go look at the bike and make an offer he was willing to accept.

I rode it from Bill’s house to my house in 30 degree Chicago weather and put on its first 20 miles. 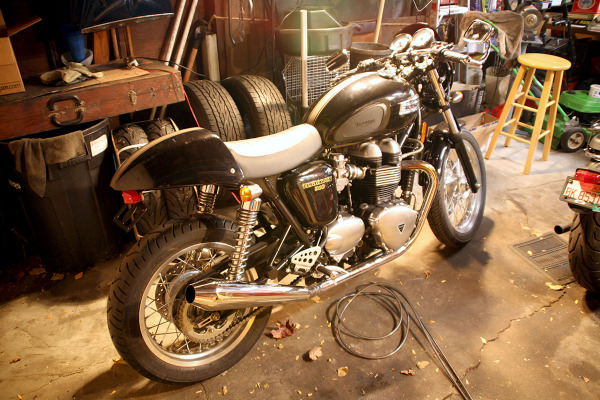 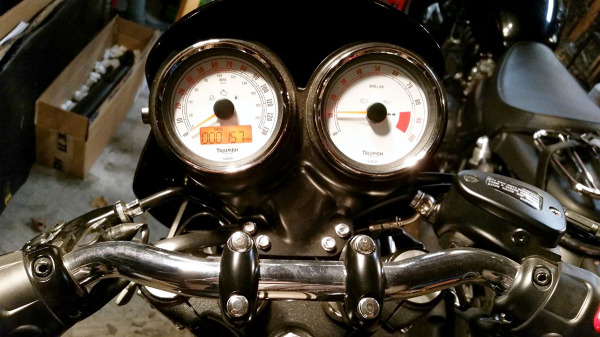 Today, I went and got the title transfer, tax and registration taken care of.

Bill also threw in a nice floor stand, Shoei helmet, trickle charger, and all the original parts that were removed for the modifications.

So, a new adventure begins with an EFI-based Triumph! 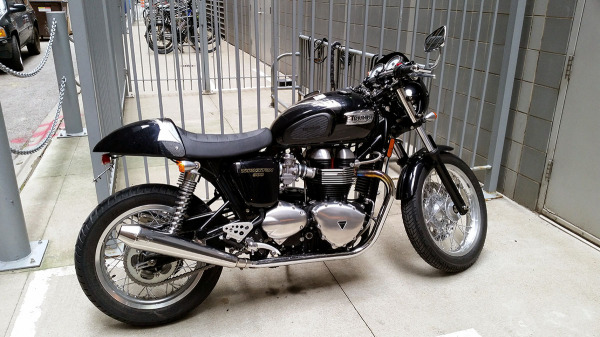 I’ve made a few changes to the Thruxton in the past week or so as I have ridden it more and gotten used to the different feel it has compared to my Bonneville. 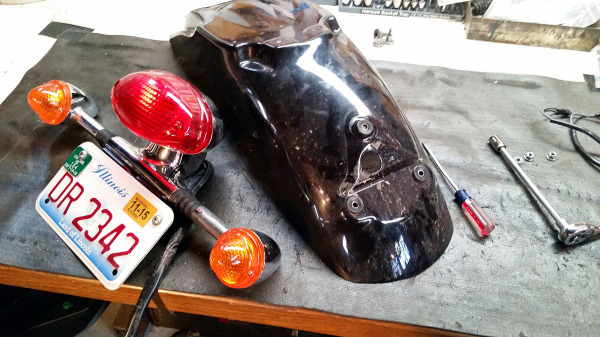 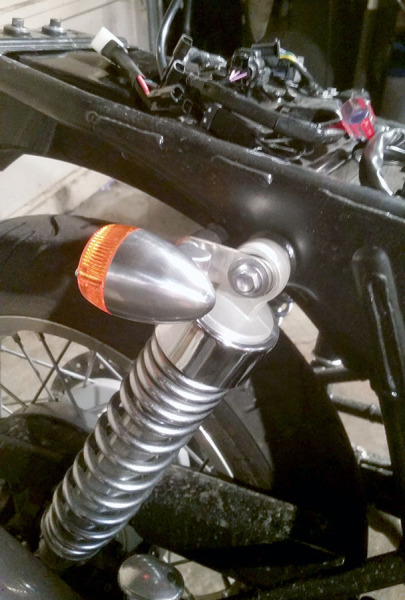 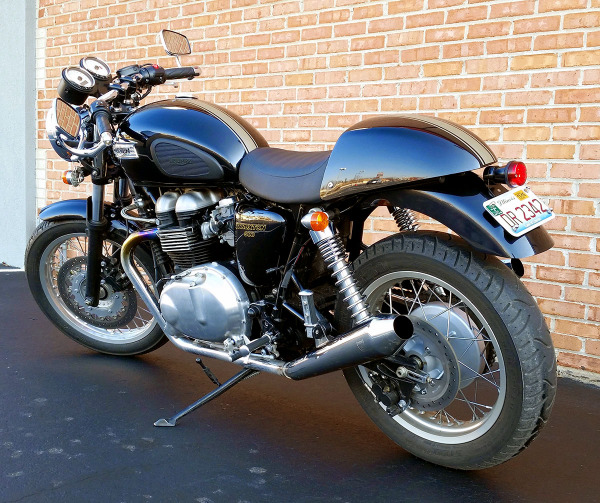 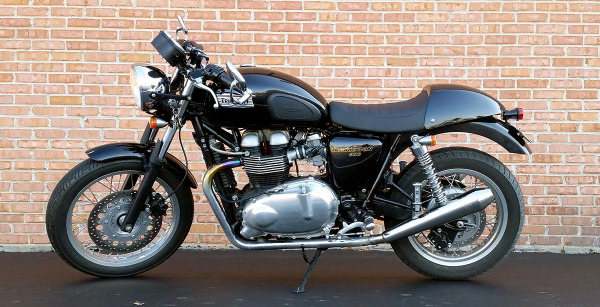 Side view taken at Motor Cycle Center on Saturday, November 29, 2014. 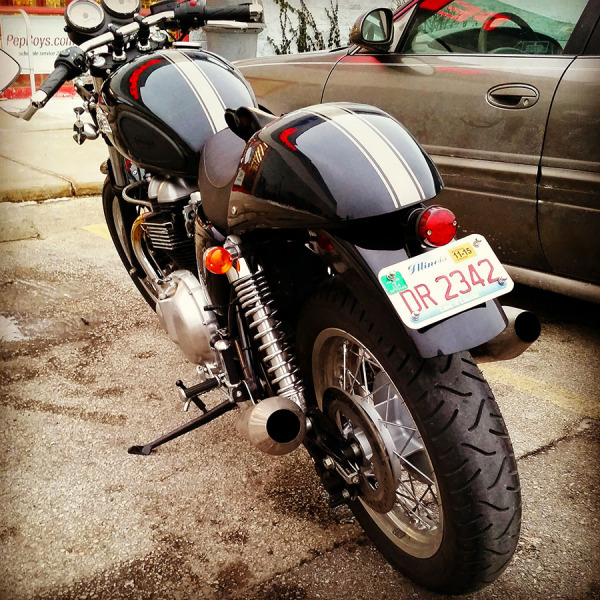 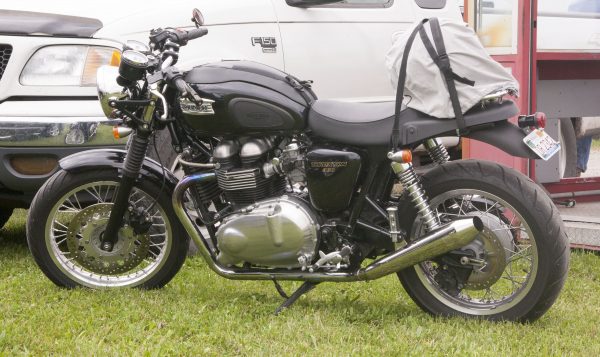 My Thruxton at the Springfield Mile, Memorial Day Weekend, 2015.