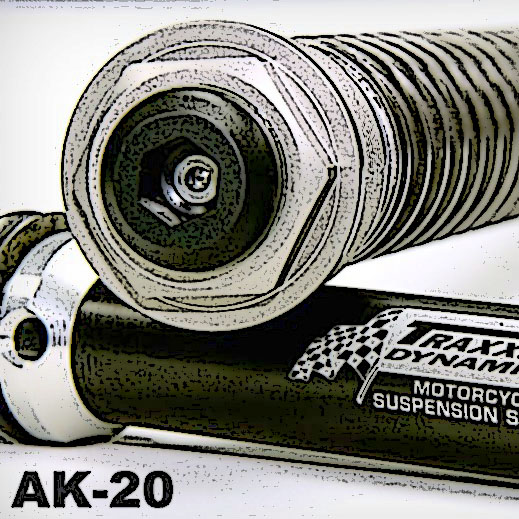 After attending a Total Control Advanced Riding Clinic in 2009, I decided to upgrade the suspension on my stock 2008 Bonneville to improve my ability to control the Bonnie. Racetech suspension was recommended by the course sponsors, so I did some research and then placed an order for their front fork Gold Valve Kit, and some custom rear shocks. The kit was installed on my front forks in 2010 by Motoworks Chicago, because at that time I was not confident I could do the work myself.

After many miles and more experience riding, and comparing my modified suspension with other bikes, I decided the Racetech suspension was too harsh and stiff. I was looking for a ride that would absorb more of the little stuff, but still have the ability to not bottom out on the bigger stuff. With the help of Terry Diederichs at Racetech tech support, we tried various springs and spring rates, preload settings, spacer lengths, adjustments to the Gold Valves to try to achieve the ride I was looking for. In the end, we were just not able to achieve it.

After polling some of my moto racing sources and other contact in the motorcycle racing industry, the Traxxion AK-20 cartridge kit was recommended as one of the better solutions on the market today for the Bonneville. So, I contacted Traxxion about my issues via email, and their Internet sales guy, Dan Anderson got back to me right away. Dan answered my questions, provided his personal experience and helped me formulate a plan. Dan rides a Bonneville and tests Traxxion products with this own personal setup. Traxxion recommends sending your forks to them for installation, even though it is possible to do this install yourself. So, I went ahead and purchased the AK-20 kit.

Plan Part 1 – Remove my front forks and ship to Traxxion

My first step was to remove the front forks from my Bonneville. I had already done this a number of times during the process of trying to tune the Racetech suspension kit, so it did not take me long. Soon I had everything packaged and ready to ship. 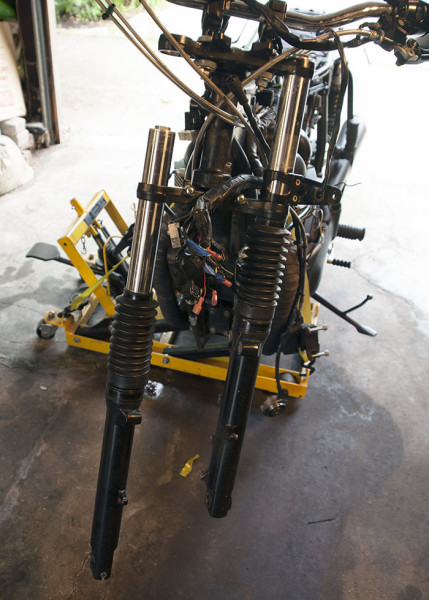 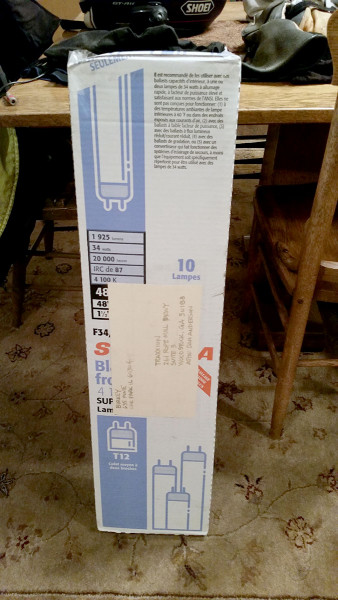 Front forks all packaged and ready to ship to Traxxion

One of the benefits of sending your forks to Traxxion is that they do a complete analysis of your forks and correct any out of spec measurements. 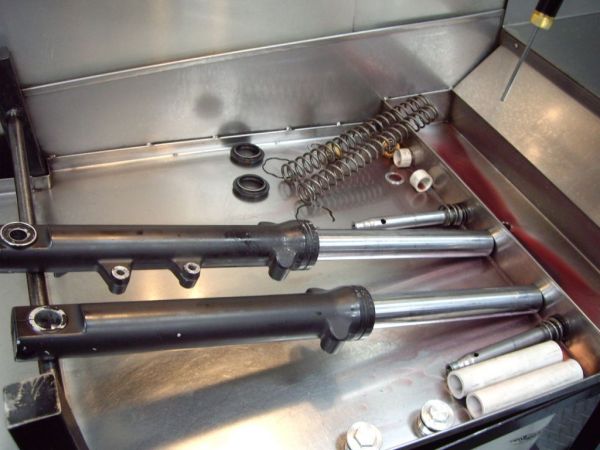 My Triumph Bonneville fork tubes disassembled. You can see the Racetech Gold Valve components in the back corner. Ready for the AK-20 kit install. 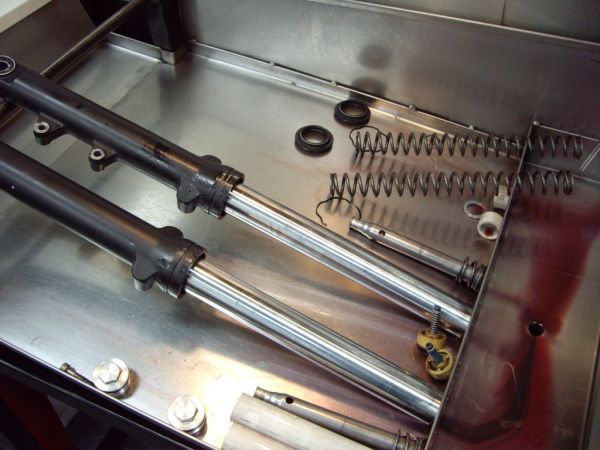 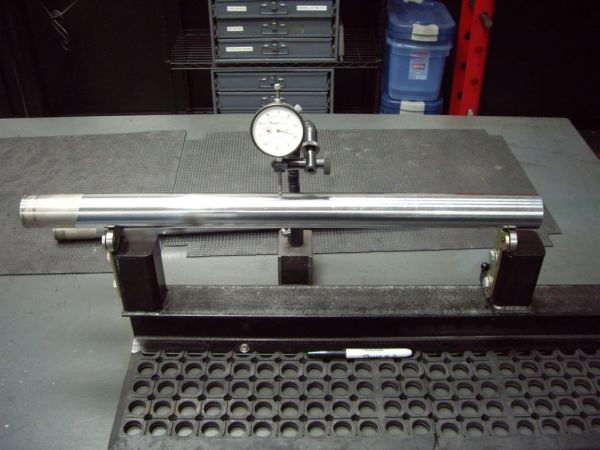 Inspecting my fork tubes for straightness 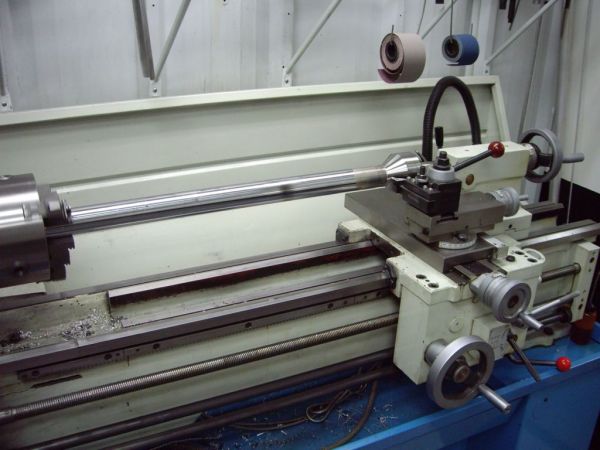 My fork tubes being machined at Traxxion 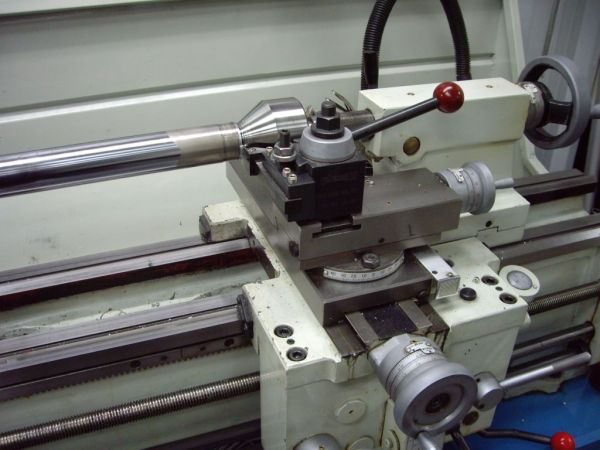 Close up of the fork tube machining at Traxxion 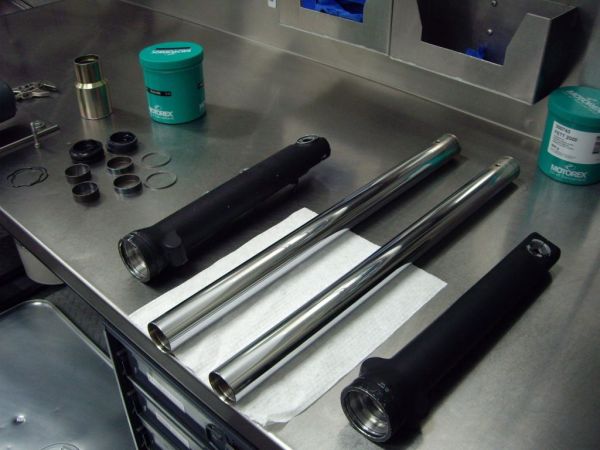 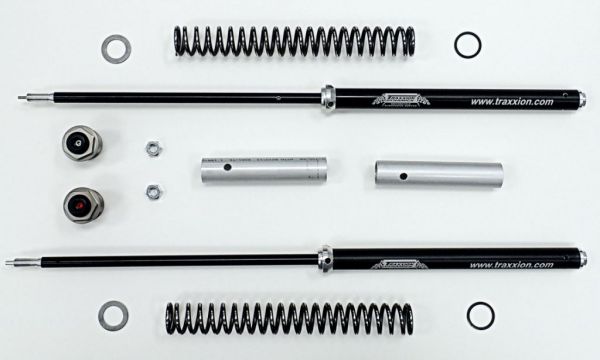 The internal parts of the Traxxion AK-20 kit 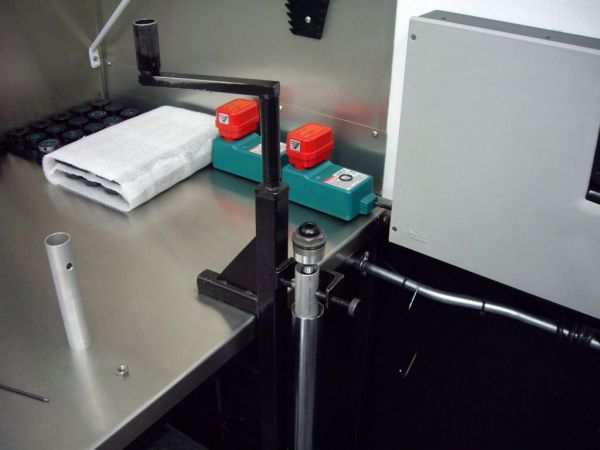 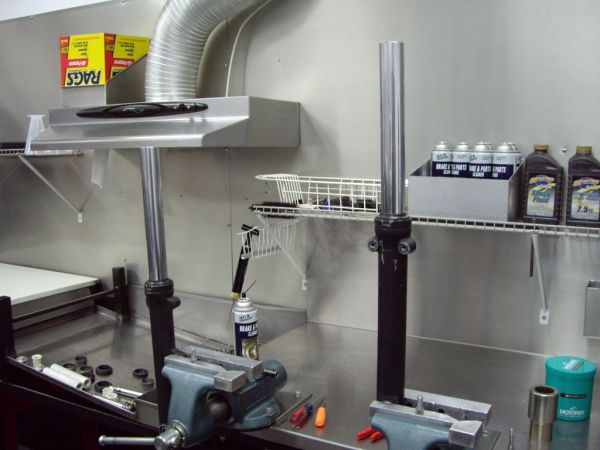 The Traxxion AK-20 kit reassembly in process on my stock fork tubes. 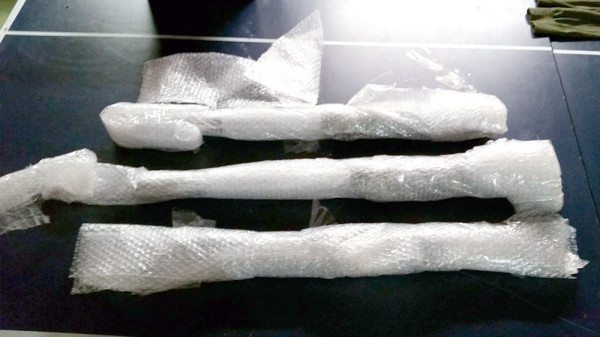 That’s a lot of bubble wrap!

I had no trouble remounting them back on the Bonneville. 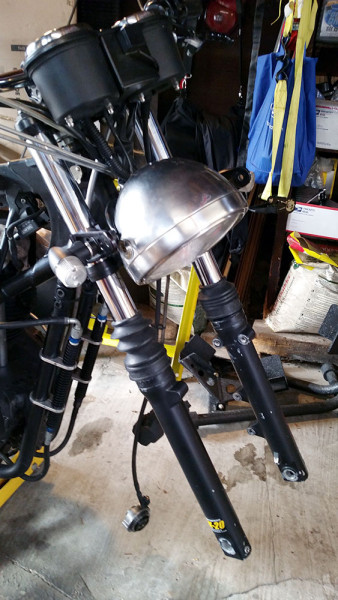 I will update this post in the spring of 2015 when I am able to get the Bonneville back on the road after some additional modifications!