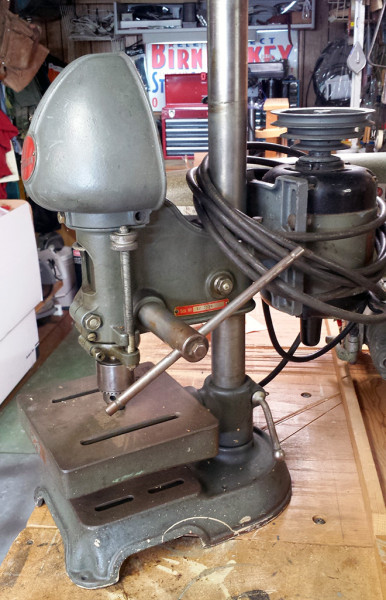 Recently I had breakfast with a fellow gearhead who asked how I was doing on my Bonneville related projects. After hearing about my setup between the garage (unheated) and my basement (heated) he mentioned that he had a kerosene heater in his garage attic that he didn’t use anymore. He offered it to me so, I went to his house and helped him get the heater down out of his attic.

In the process, I saw another old piece of machinery sticking up in his attic. I asked him what it was and he told me it was on old bench-top Delta drill press that he didn’t use anymore since he had purchased a newer floor model. Sensing my interest, he told me I could also have that. He said that it had been so long since he used it he couldn’t remember if it had a problem or not… maybe it needed a new motor.

I took it home and I set it up in my basement shop today. 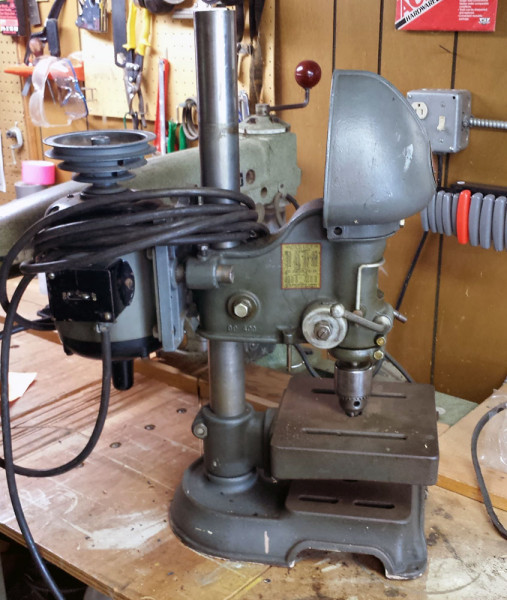 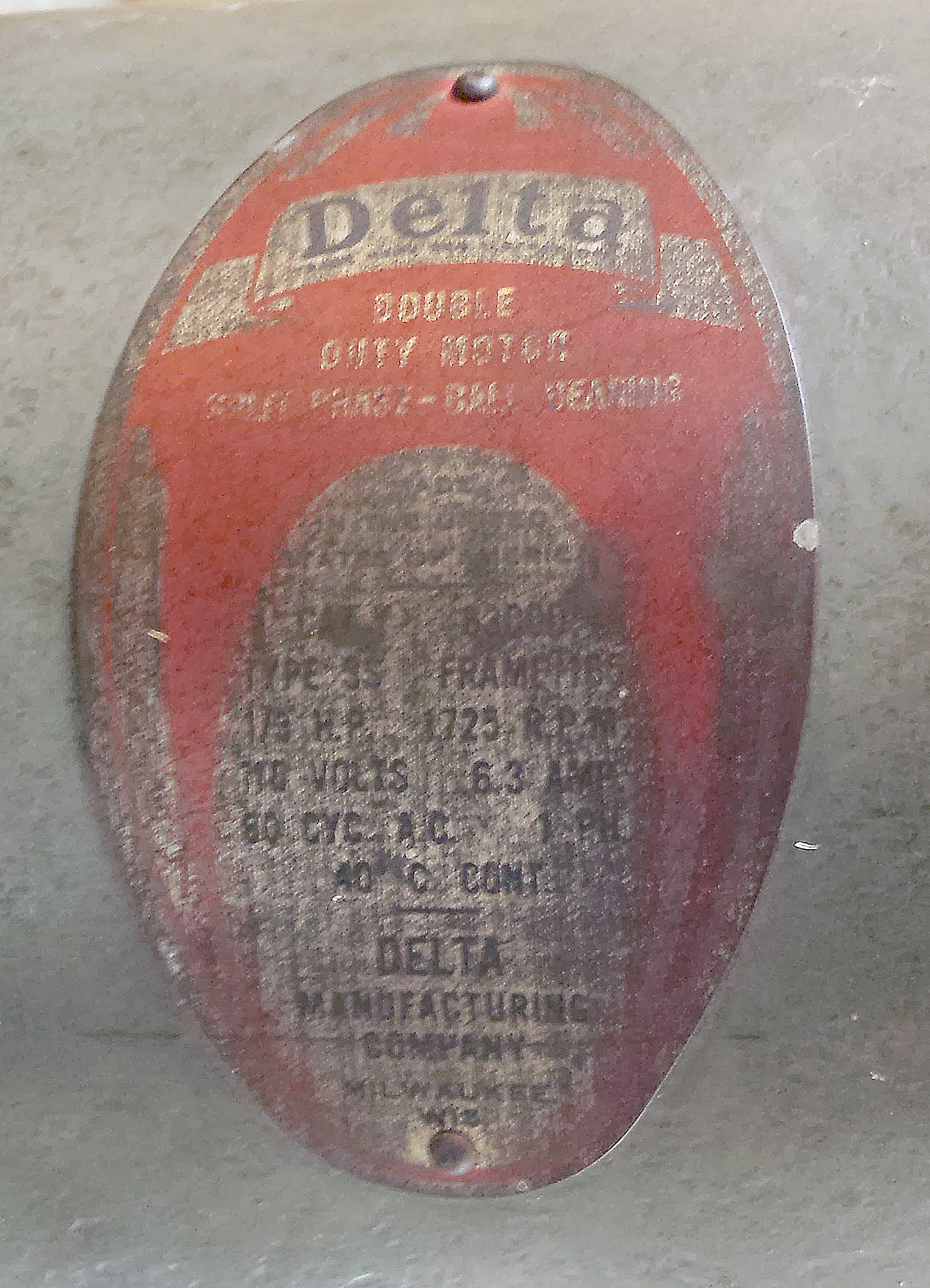 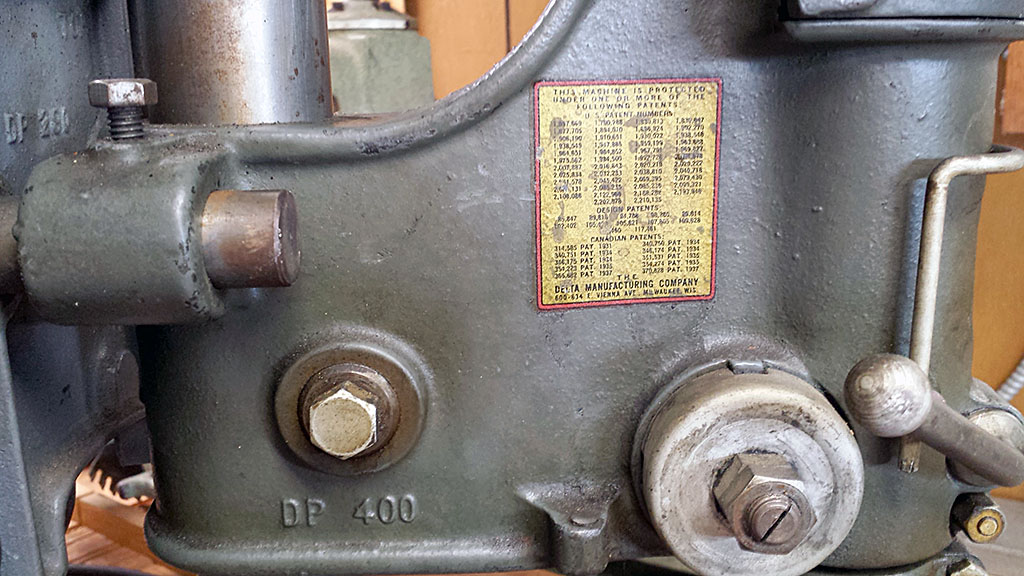 After replacing the power cord with a newer, safer one, I plugged it in and the motor works fine. What I need to get is a pulley for the front shaft, and I should be good to go. Working on sourcing that now. 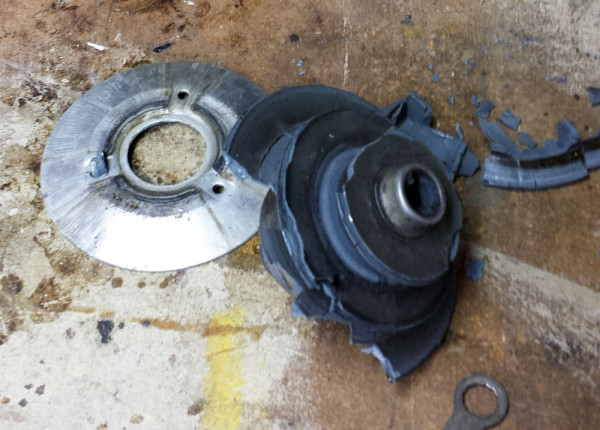 Front shaft pulley that needs to be replaced

I contacted Delta and was told that this pulley is no longer made. They gave me the pulley part number: 402023855005 and told me the drill press was made in 1953-1956 or earlier.  I did an online search on that part number and found a listing on eBay which looked like the right pulley. After some back and forth emails with the seller, I decided to buy it for $75 plus shipping. We shall see if it works or not. 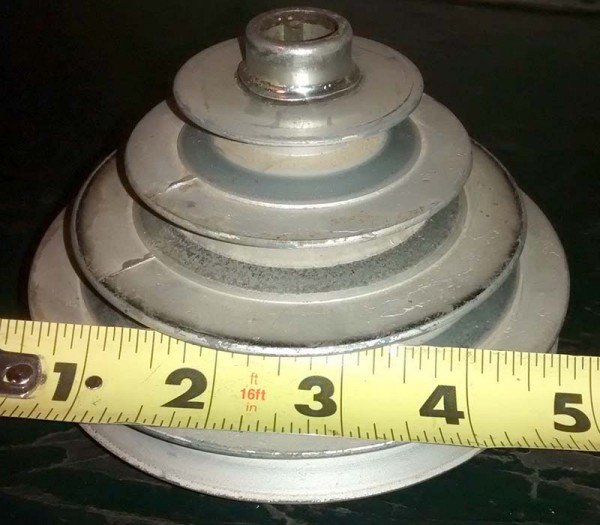 Looks like the pulley is going to work out and give new life to this old drill press. The Delta rep I spoke to on the phone told me the press was probably made in 1953-1956 and it is too old to be in their system. It could be even older. 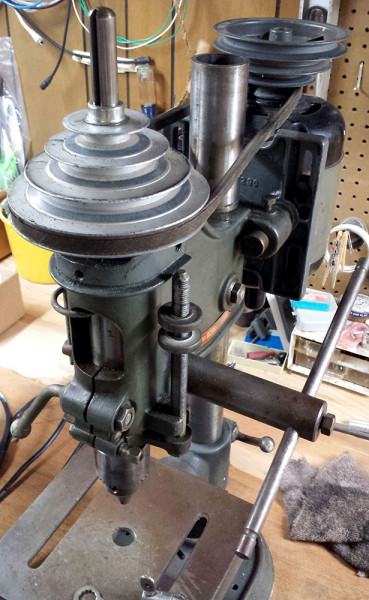 Also, the kerosene heater worked great. I had some trouble finding a source for kerosene, but I finally found a hardware store that carried it in 2.5 gallon quantities for $24. 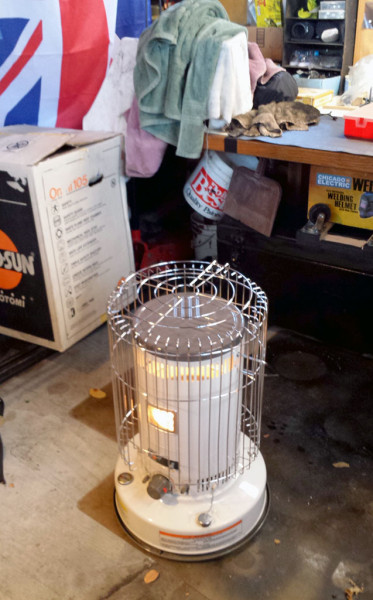 Finally, I also assembled a rolling cart and unpacked a new welder I purchased on sale at Harbor Freight Tools. I’ve always wanted to learn to weld and so when I saw this one on sale, I went for it.

My grandpa had an arc welder in his garage and I remember him letting me play around with it, trying to weld scrap pieces of metal together. Lots of fun when you are a 12 year old boy!

Anyway, its a small welder that runs on 110V, and can weld mild steel (not stainless or aluminum), and I figure it is good enough that I can learn to weld with it. The cart, the welder and a helmet cost me less than $200. 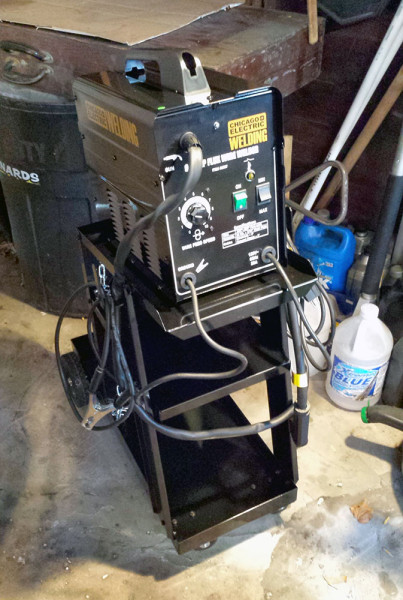 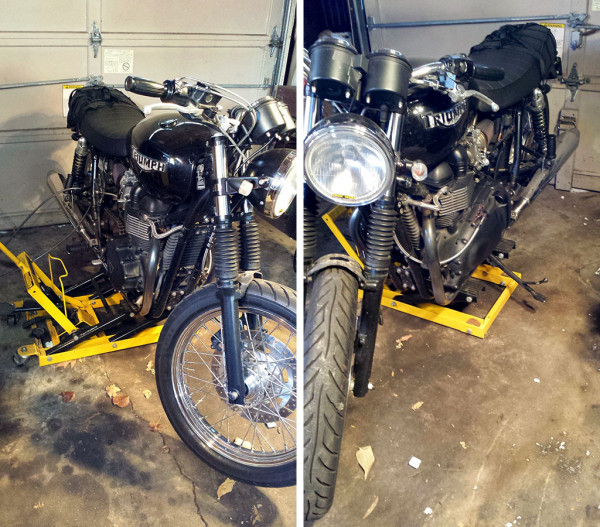