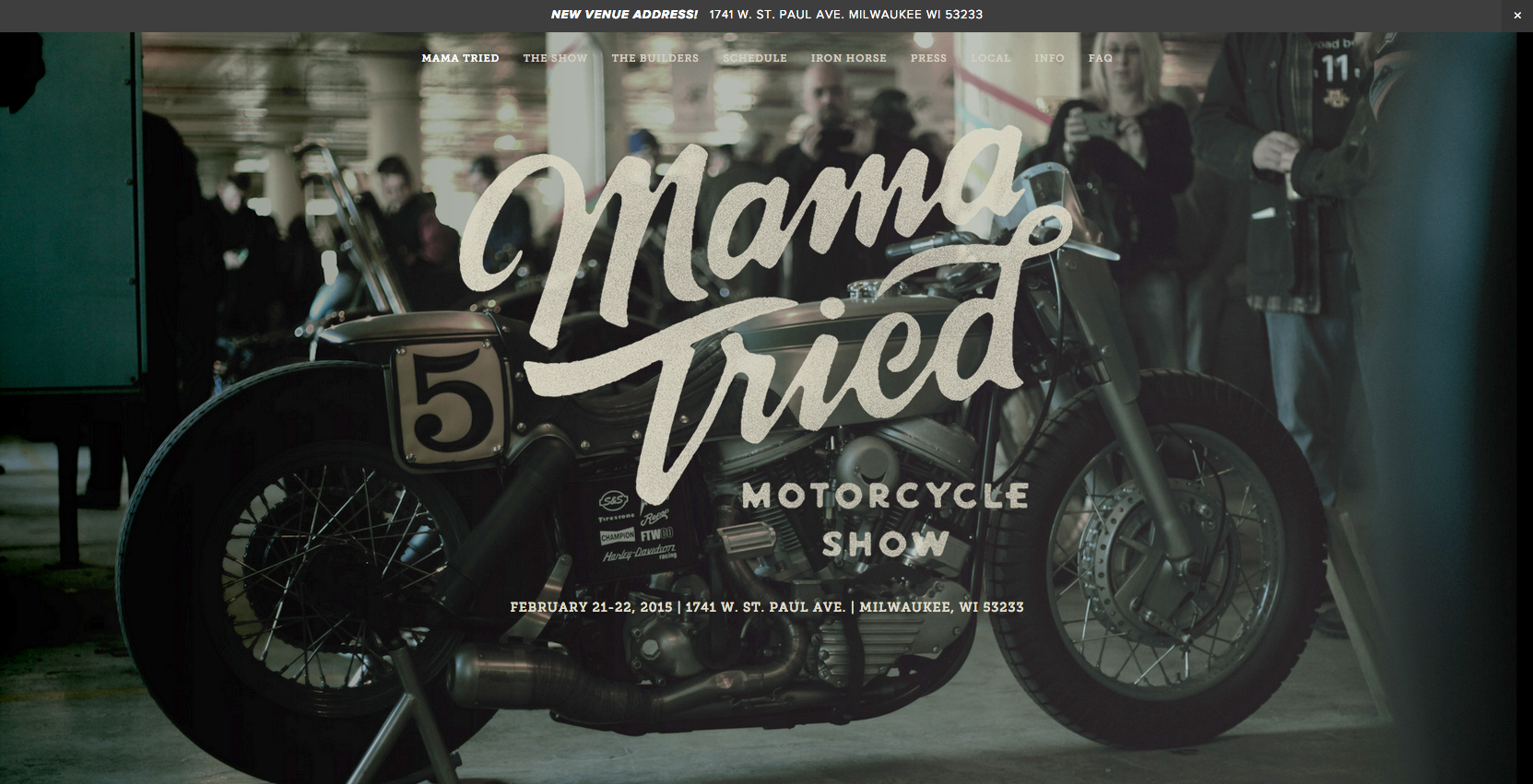 I took an Uber-X cab to Vosges Chocolate on the north side of Chicago on a cold Sunday morning, February 22, 2015. There I met about a hundred other motorcycle enthusiasts to board 2 chartered buses heading to the Mama Tried Motorcycle show in Milwaukee, Wisconsin. This ride event was organized by none other than Johnny Scheff, owner of Motoworks Chicago. 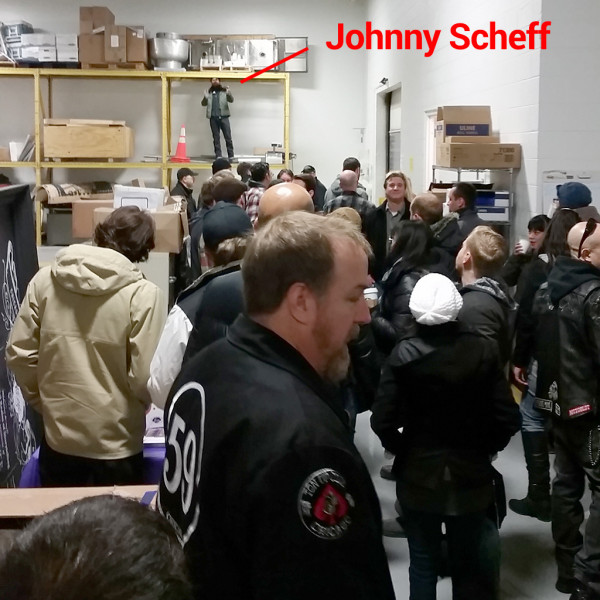 Johnny welcoming everyone and explaining the day.

Johnny introduced me to Dan, a customer who had purchased a Black Bonneville T-100 just months before. As I was getting to know Dan, my riding and wrenching buddy Dan Reyer walked up and joined the conversation. I told both of them that I only make friends with owners of Black Bonneville’s!

The buses left for Milwaukee about 9:15 AM. 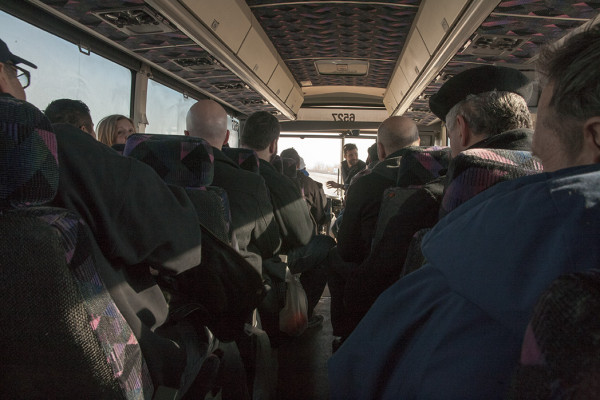 Johnny speaking on the bus microphone.

Brunch at the Iron Horse Hotel

We arrived at the Mama Tried location around 11 am. Dan, Dan and I decided to go get brunch first at the Iron Horse Hotel. So we walked there in the cold! 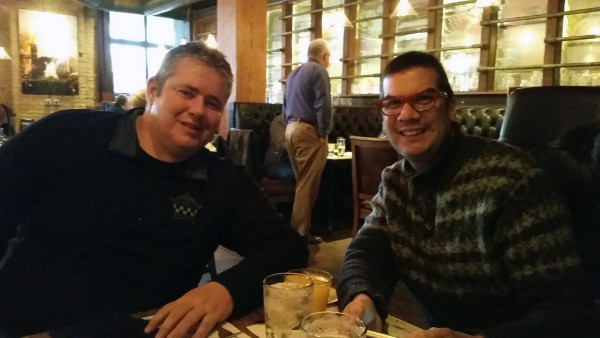 Dan and Dan at brunch at the Iron Horse Hotel

After a nice brunch, we took a shuttle to the Mama Tried Show. Here are some of the show bikes I liked the most. 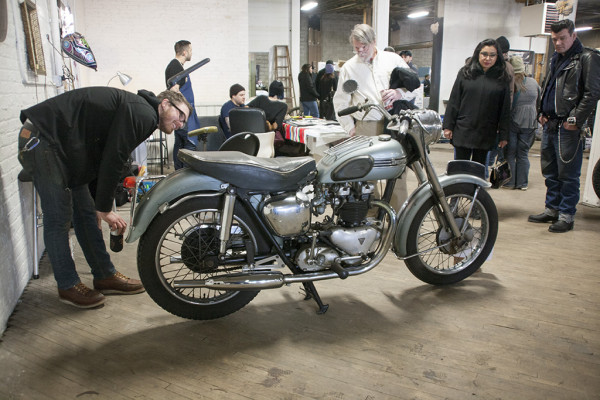 A Triumph as old as me! 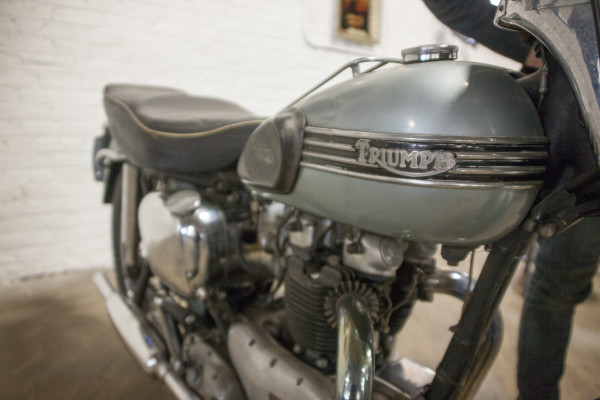 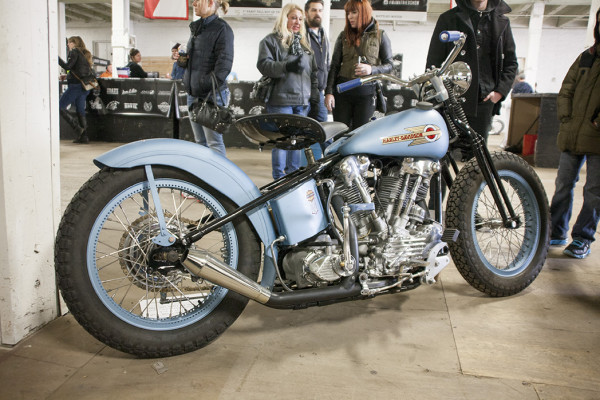 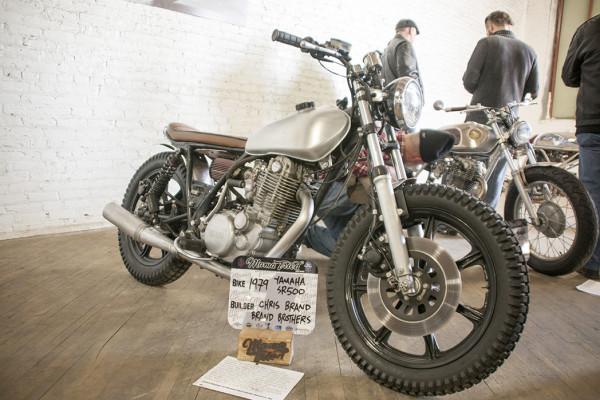 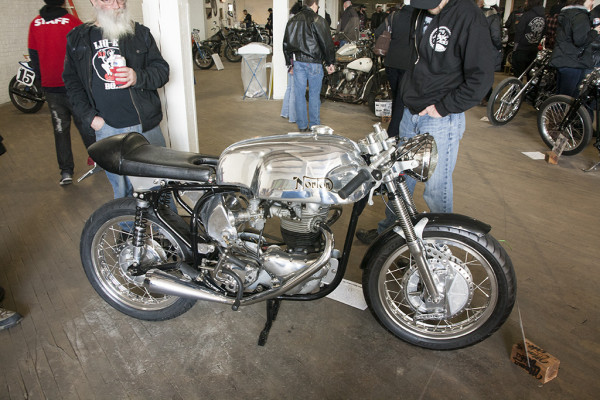 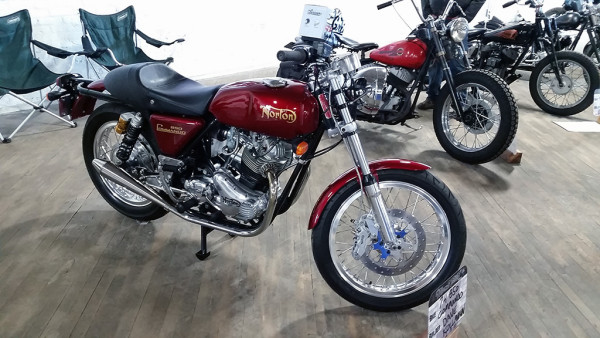 The most interesting bike of the show to me was this custom Norton designed and built by Dave Cook. 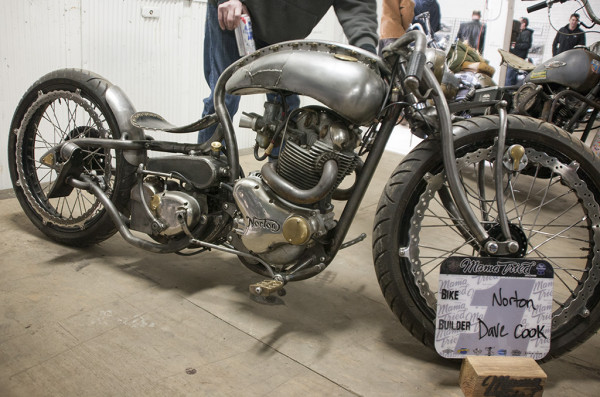 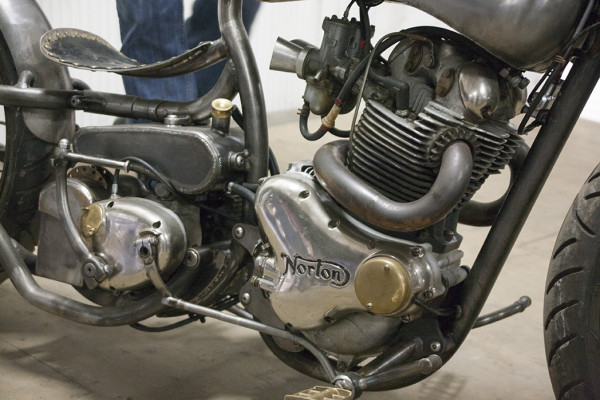 I love the exhaust design 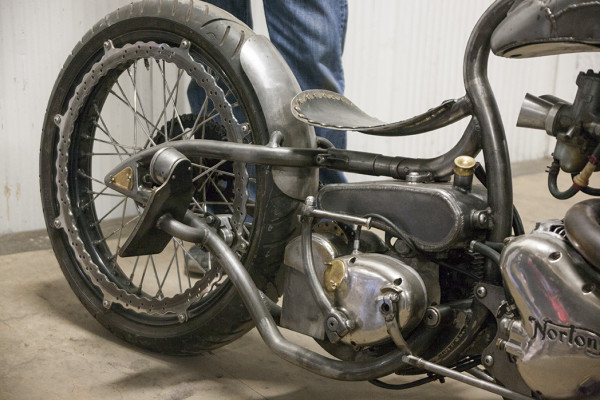 I also love the raw welds and raw steel finish. 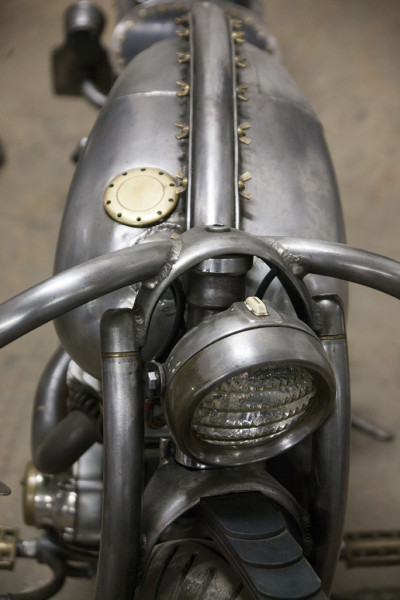 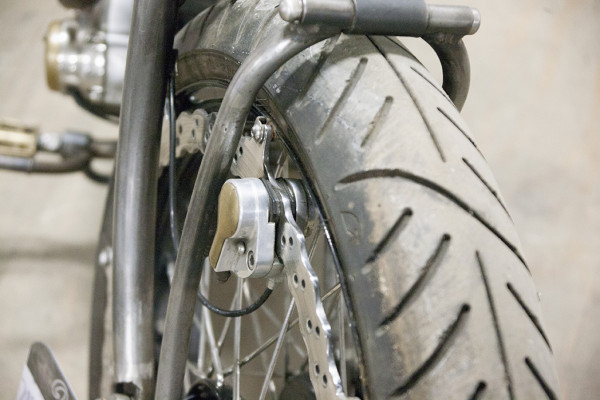 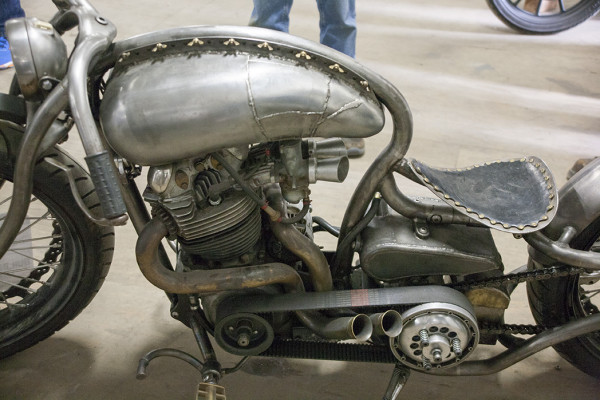 The other side reveals the way the exhaust ends… pretty cool! 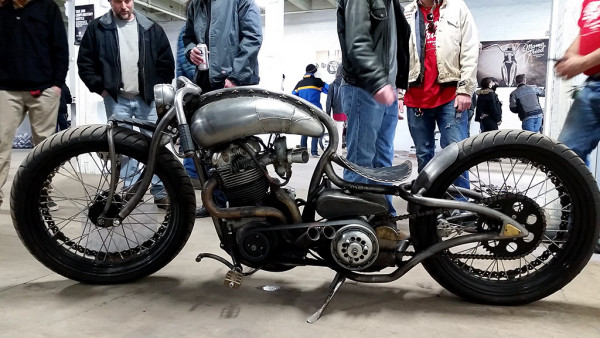 Oh yeah… Storm Crow was there! 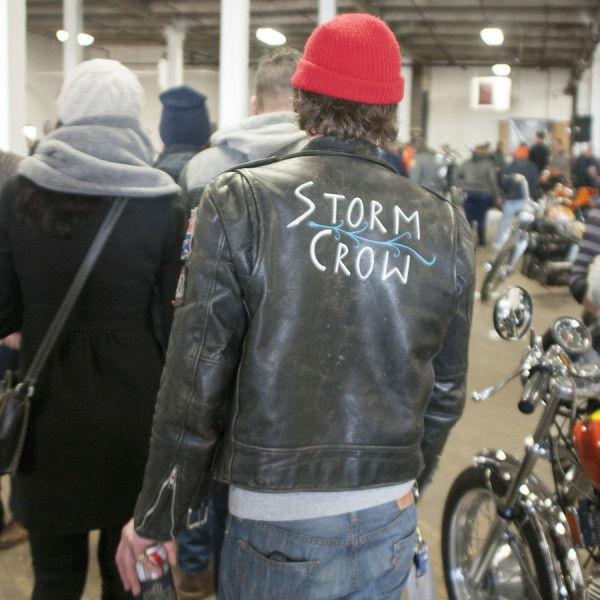 From the show we took an Uber-X over to the McKinley Marina area and watched some ice racing on Lake Michigan! It’s basically flat track racing on ice! 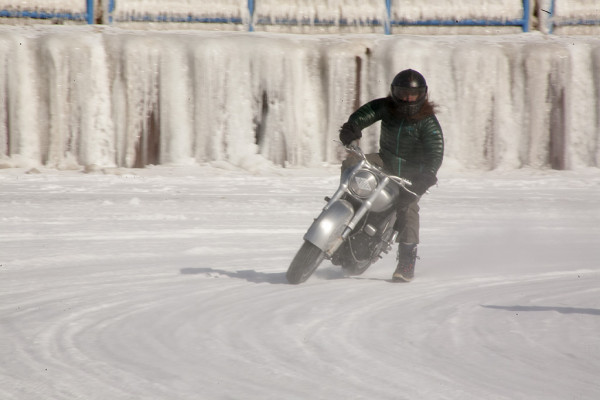 A guy was riding a bike that was in the Mama Tried show from Revival Cycles… Texas. 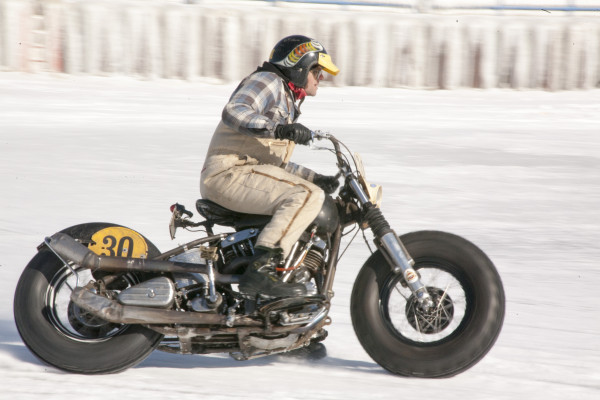 This guy on a Benderwerks bike (Harley) put on a great show! 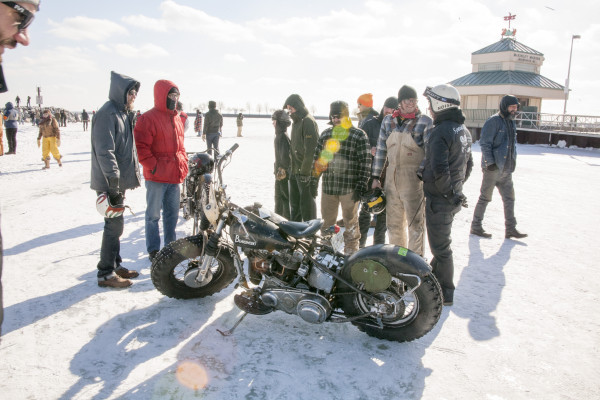 Checking out the bike after the demonstration! 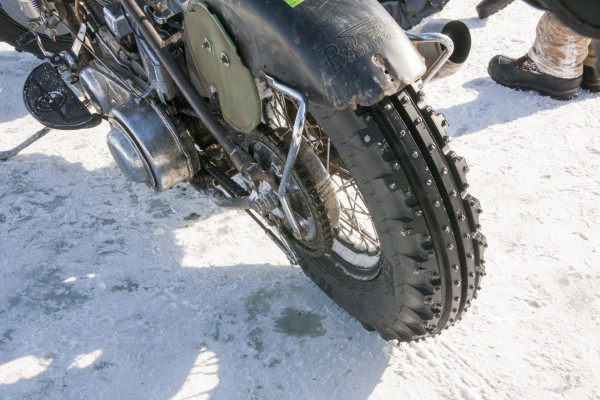 When had had enough ice racing, we headed over to the Harley Davidson Museum for a look before boarding the buses back to Chicago. Here are some highlights. 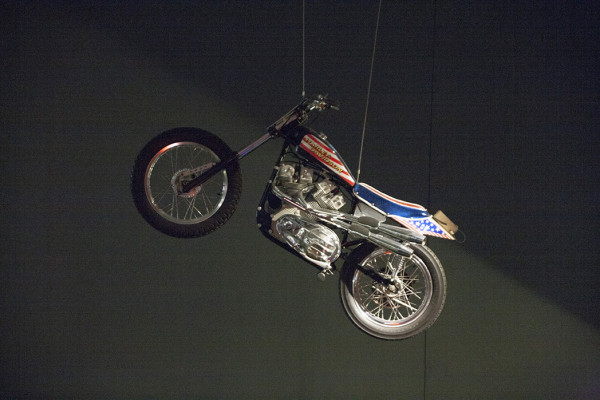 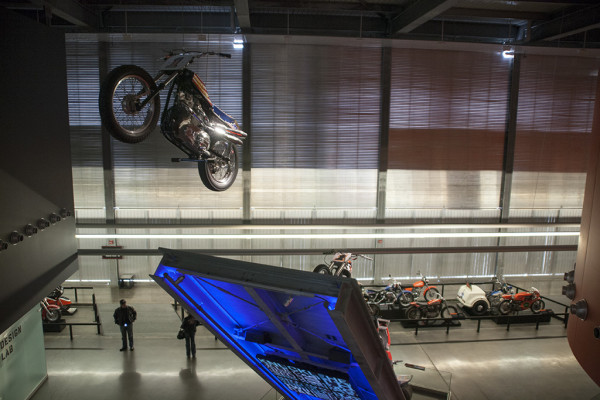 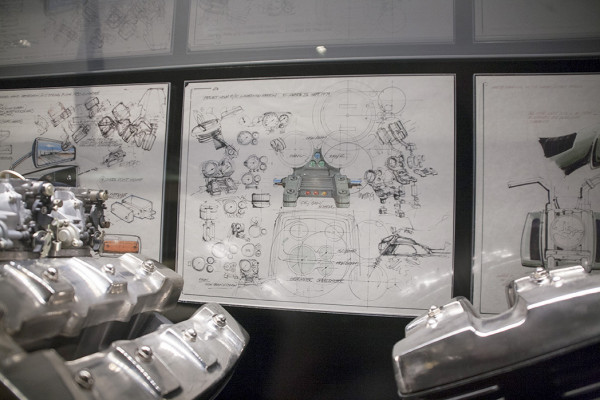 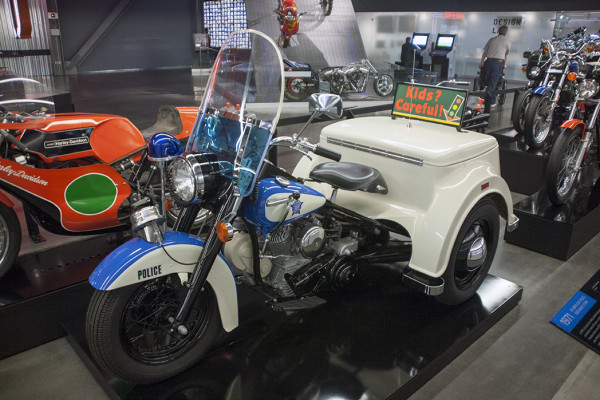 I remember these – so common growing up around Chicago! 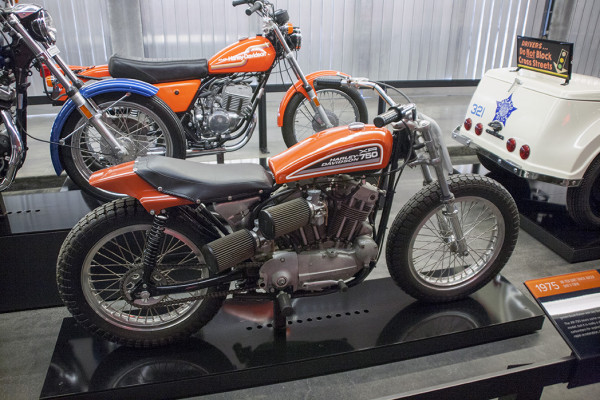 The Harley XR-750 that so many Flat Trackers like to race!

This hand artwork reminded me of my own illustration and design career pre-computer. Used to do this by hand all the time! 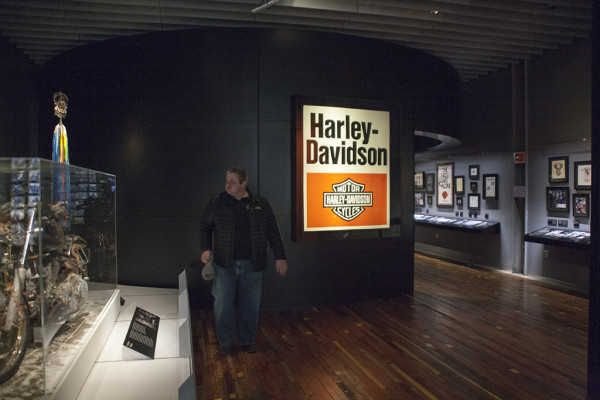 Dan checking out a display 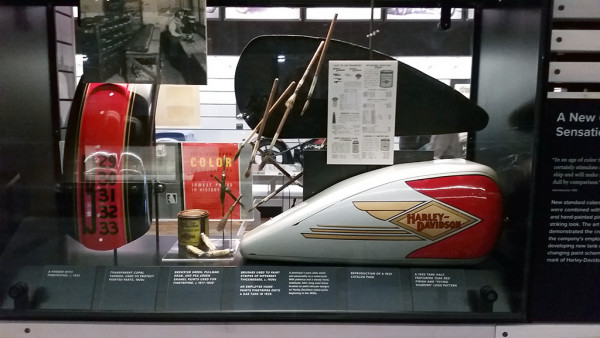 This display reminded me of my Dad who was a sign painter and did custom lettering and pinstriping as well using brushes and paints like this. 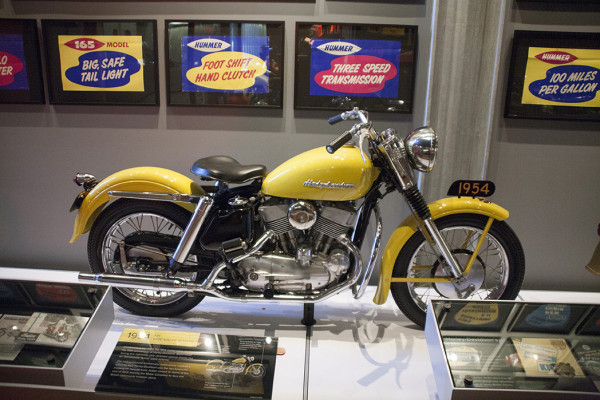 A Harley as old as me also!

The bus ride back to Chicago was interesting… but that’s a story better told in person!