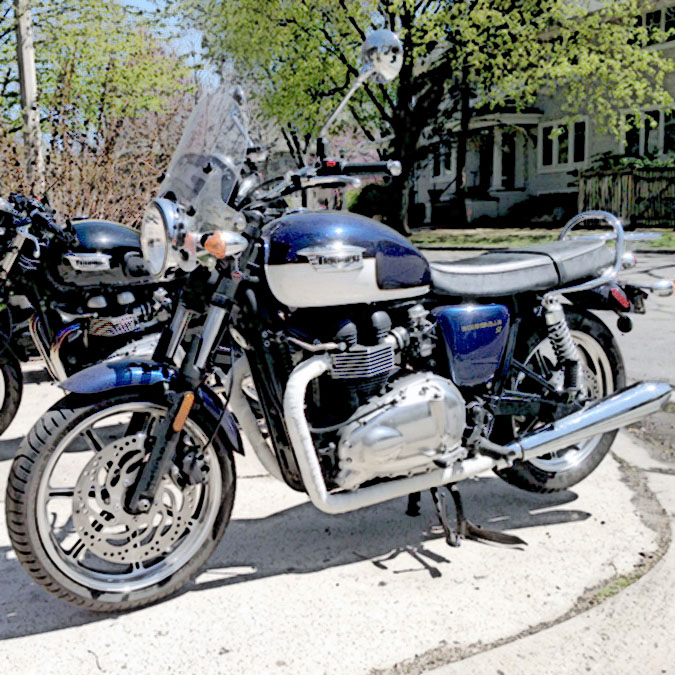 It is especially fulfilling to meet people through this blog, and one of those joys has been to meet my fellow Bonneville rider, Jorge. We met at the Full Moon Restaurant  little over a year ago and have been on several events or rides together since then, including The Distinguished Gentleman’s Ride. This Spring, Jorge contacted me about the idea of wrapping his headers based on the header heat wrap ideas and experiences I’ve posted on this site in the past.

This past weekend, Jorge came over to Randy’s Garage and we successfully performed a header heat wrap conversion on his beautiful blue/white two tone Bonneville SE. Jorge wanted to try something a bit more unconventional and use natural color fiberglass heat wrap (sort of a cream color) by DEI, then spray it with white DEI silicone spray. Here are the results, which I think look quite nice! 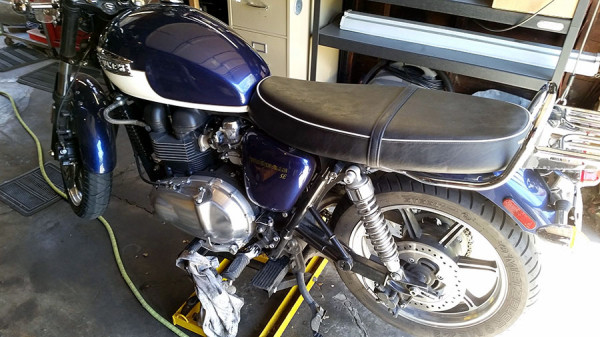 Of course we had to first remove the mufflers and several other brackets to remove the headers from the Bonneville. 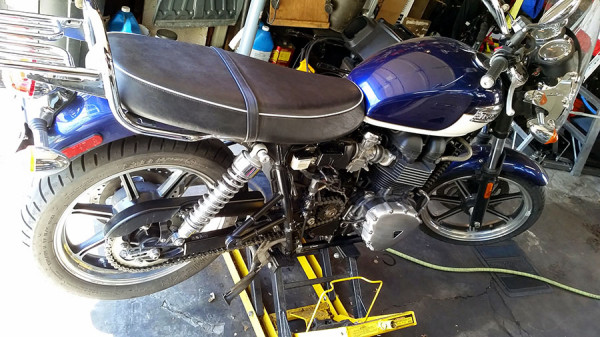 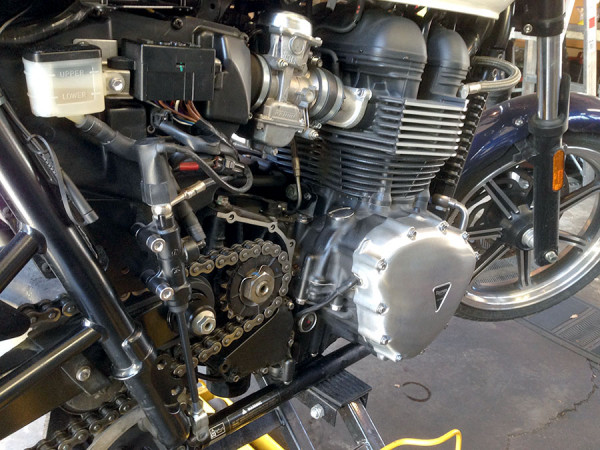 We needed to remove the right side cover and front sprocket cover to get at the rear header mounting bolt. 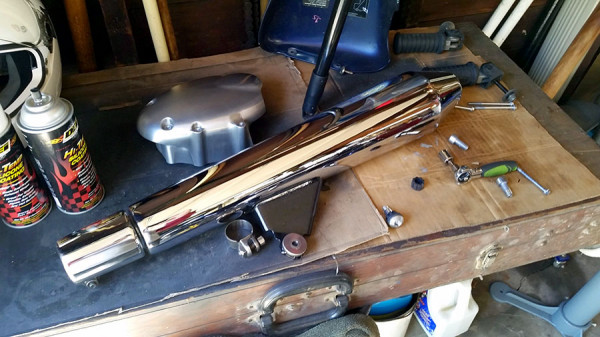 We stored all the parts carefully on side tables and shelves. 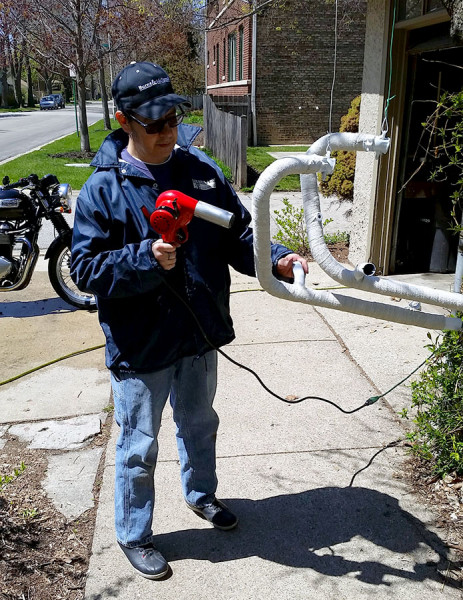 Jorge doing the heat gun thing to speed up the drying process. 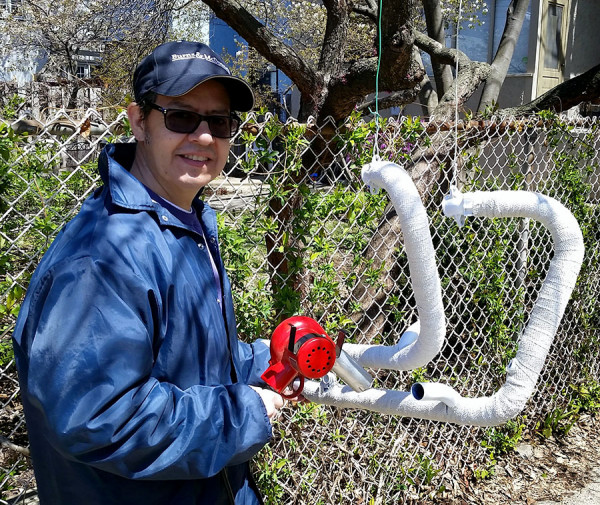 A man looking pleased about his work! 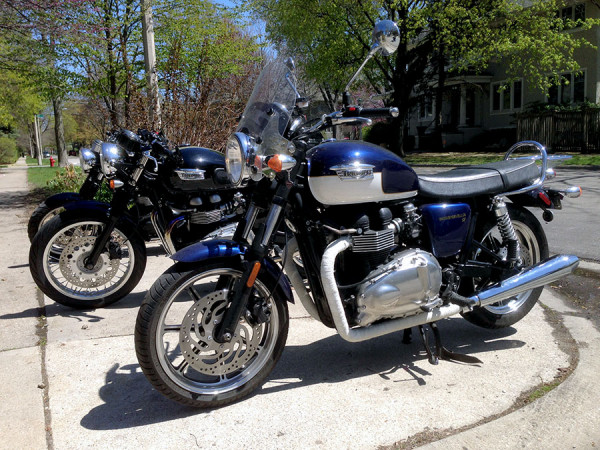 Jorge’s finished T-100 in front, with my Thruxton behind and Lee’s SE in the back. 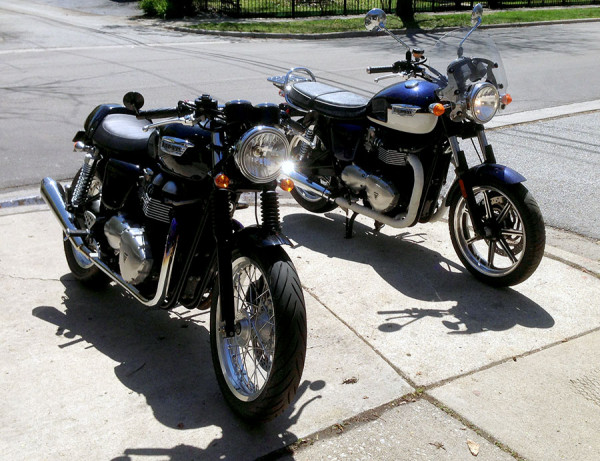 2012 Thruxton on the left and Jorge’s SE on the right… idling on its center stand to burn off the moisture and remaining silicone spray. 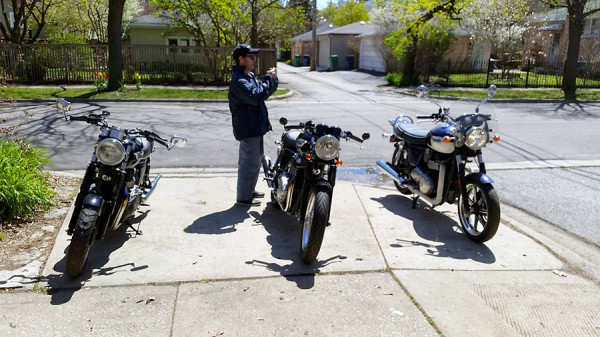 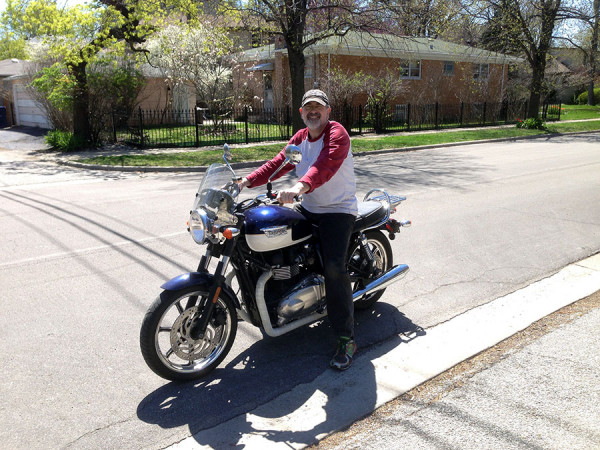 I was able to take the completed SE for a quick spin around the block…. always puts a smile on my face! 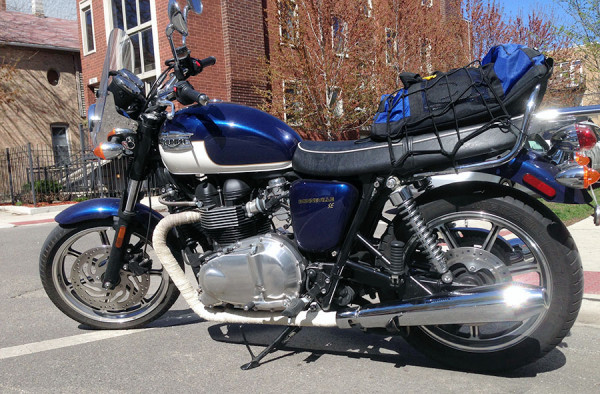 The final outcome is a good looking Bonneville SE! 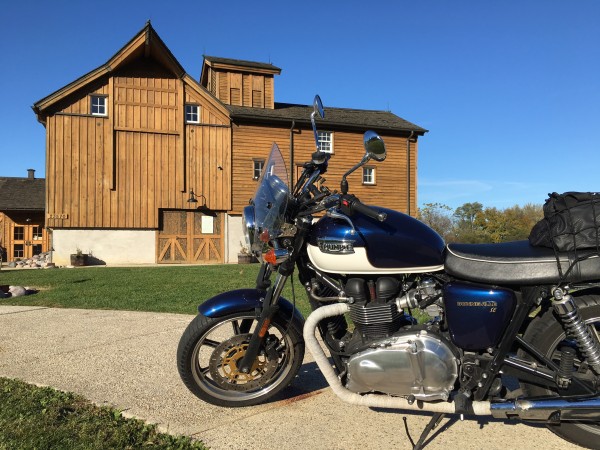 Down on the farm – road trip? 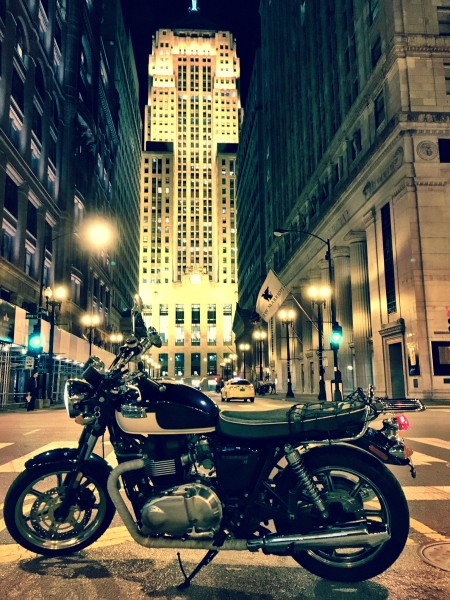